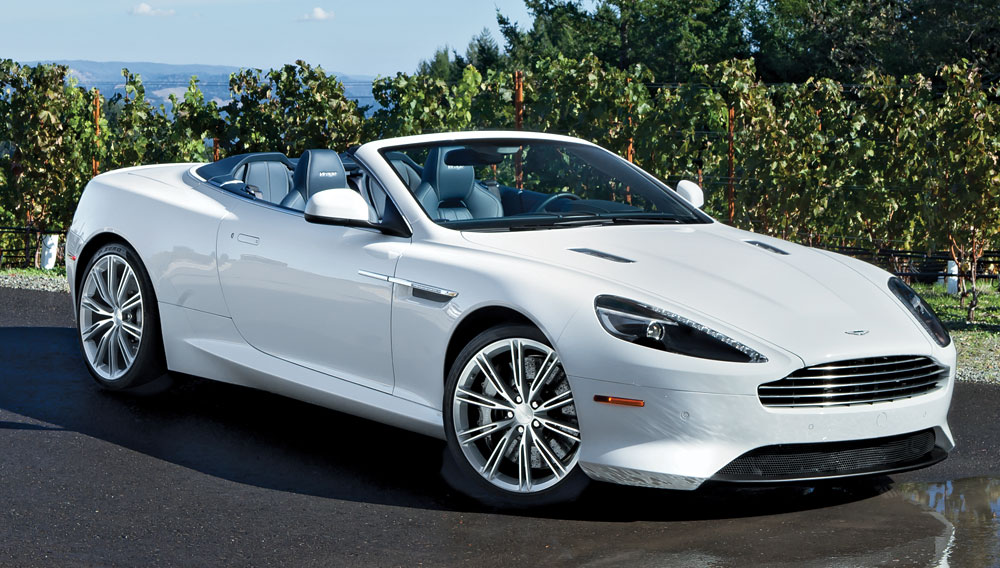 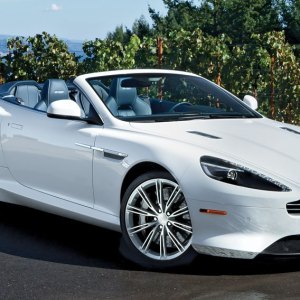 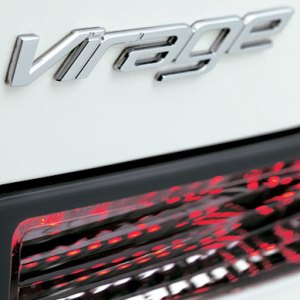 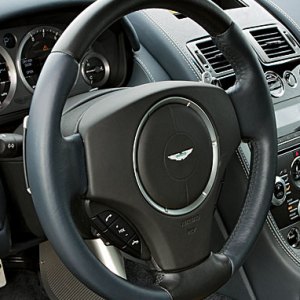 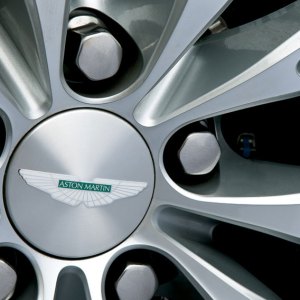 In silhouette and when viewed from either end, the Virage Volante appears no different from Aston Martin’s DBS and DB9. Indeed, the cars’ shape has been around since Sean Connery joined MI6. But an argument can be made for tenure, and fans of the Rolex Datejust (introduced in 1945) and the Porsche 911 (1963) should have no difficulty accepting the Virage Volante as part of a valued tradition and as a form of elegant transportation.

The car has the raucous, edgy, and somewhat irascible makeup that characterizes all Aston Martins. Credit for these traits goes to the lusty V-12 that also propels the DBS and DB9, plus the smaller, nimbler, less expensive V12 Vantage. The cabin is mildly cramped, and a draft baffle the size of a folded stroller reduces trunk space. But the Virage Volante delivers acceleration that will unbutton your britches and a basso, booming exhaust note that begs for tunnel walls to bombard. There is no better automotive noise.

Despite its maturing looks both inside and out, the Virage Volante remains lovely to look at and exciting to drive, and as judge Jeffrey Halkovich noted, “It still has everything the British have: elegance, heritage, and total understatement.” —Paul Dean

CAR OF ANOTHER YEAR

Aston Martins have traditionally found favor with our judges because of the cars’ classic elegance and the effortless way they drive. The Virage Volante possesses those qualities. With a smooth automatic transmission, it is easier to drive than the manual-only V12 Vantage that participated in last year’s competition. It also offers a more comfortable ride, and it has a soft top.

In previous years this Aston Martin might have been the contest’s hands-down winner, but time and the competition have caught up with Aston’s aging platform and—by comparison with today’s best—moderately powered V-12 engine. The Virage Volante is also nearly indistinguishable from the Vantage, DB9, and DBS models, which compromises the sense of exclusivity drivers expect from an automobile in the quarter-million-dollar price category. —Robert Ross

Each car in Aston Martin’s current model line seems like a variation on the same theme instead of a completely original work. The Virage Volante is certainly no exception. The 490 hp vehicle fits perfectly between the DB9 and DBS; emits a euphoria-inducing V-12 growl; and is instantly recognizable as an Aston Martin—perhaps too recognizable. Many observers would be hard-pressed to distinguish between the DB9, DBS, and Virage Volante. The car’s lack of an original look is one of the main reasons it finished in the middle of the pack. —Paul Meyers