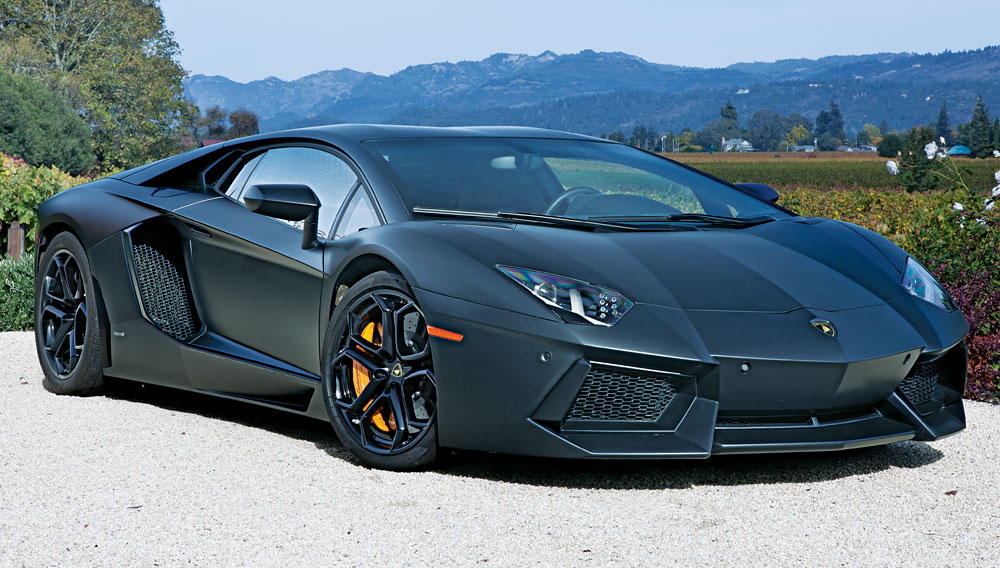 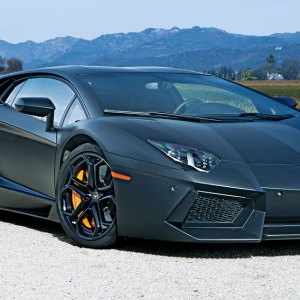 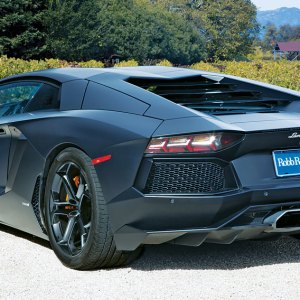 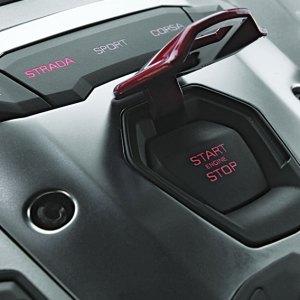 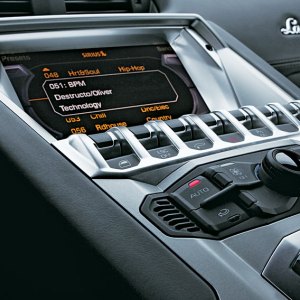 That the most outrageous Lamborghini ever made was chosen Car of the Year by a vote of nearly two to one is remarkable. Granted, the Aventador LP 700-4 is a stellar achievement—as a design exercise and as a series-production reality. Yet it is difficult to imagine most of the event’s judges actually driving it. But drive they did, and each returned from his or her ride bearing a broad smile and a healthy respect for the low-slung, high-performance monster.In past Car of the Year contests, vehicles as radical as Lamborghini’s flying wedge have not garnered mass appeal among our judges; most have found such machines intimidating to operate and ergonomically challenging. Yet almost all of the nearly 100 drivers—our largest gathering ever—were impressed by the relative ease with which the big brute can be cajoled from a trot to a full-snort stampede. Doubtless, the seamless 7-speed automated manual gearbox shortened everyone’s learning curve and made memories of the Murciélago’s recalcitrant stick shift disappear as quickly as anything in the Aventador’s rearview mirror. —Robert Ross

Our judges’ nearly unanimous passion for the Aventador was ignited not by its raw power or its Darth Vader architecture. Instead, the adjudicators fell hard for its sophistication, which includes a cabin so comfortable it borders on relaxing and performance-related technologies that set new standards of civility and refinement for reaching speeds as fast as 217 mph.

Like previous Cars of the Year, the Aventador is a triumphant milestone that meets its design purpose and fulfills a concept that others (including seven different owners for Lamborghini since 1963) have been unable to realize. So fire up this magnificent V-12 machine, short-shift the first three gears to redline, stomp on the gas pedal, and relish the ballistics.

One of our judges, Bordeaux winemaker Pierre Seillan, was not struck entirely speechless by the excitement of driving the Lamborghini. But he was shocked into reverting to his mother tongue: “Fantastique, extraordinaire, incroyable.” —Paul Dean

The Aventador is unquestionably one of the year’s most intimidating automotive specimens. With scoops, edges, and scissor-style doors, the car screams velocità when sitting still, before it delivers a 700 hp kick of endorphin-producing force from an all-new V-12 engine. But as our judges discovered, the Aventador is a more versatile vehicle than its jet-fighter shape suggests—and more versatile than its Lamborghini predecessors, the Countach, Diablo, and Murciélago. The Aventador gallops and surges across pavement where the others groped and lurched, it sweeps through corners instead of shuddering, and it breathes fire instead of spitting venom.

These revelations should come as no surprise, because the Aventador’s smaller sibling, the Gallardo LP 560-4, took our contest’s top honors just three years ago. —Paul Meyers