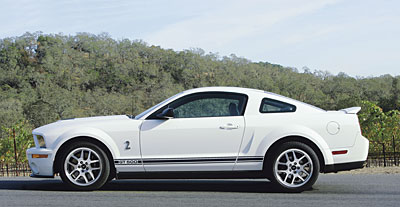 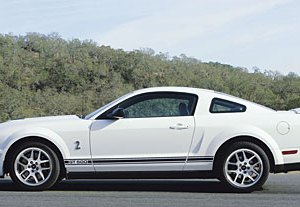 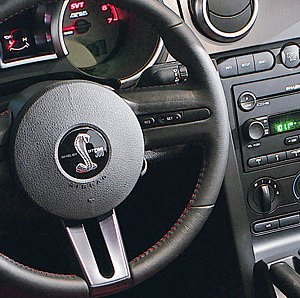 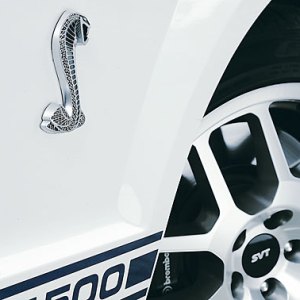 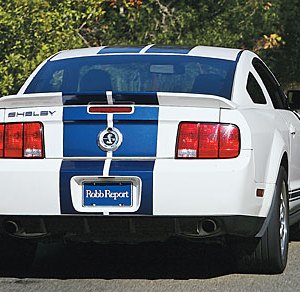 Anglo-American litterateur  T.S. Eliot—no doubt inspired by the incessant reinvention of Britain’s Austin Seven and the many mutants thereby produced—once argued that tradition is worthless if it consists solely of blindly following the ways of the previous generation. For the past to produce value, Eliot believed, it should be criticized perpetually and brought up-to-date. Such wisdom certainly seems to have steered the Ford Mustang, which has been modified, refreshed, redesigned, pulled free from its past, and, yes, perpetually criticized, and thus it has remained ever young for four decades now.

Its companion in indestructibility is 84-year-old Carroll Shelby, the namesake of the Mustang Shelby GT350 and Shelby GT500, the latter of which has been reissued and was road-tested by our panel of judges. Shelby has survived heart and kidney transplants, flight instructing during World War II, divorces, a couple of bankruptcies, legal wars with Ford, 10 years on international racing circuits, and career changes that have taken him from manufacturing chili powder to breeding miniature horses.

Much of the Mustang magic lies in its muscle, and the new GT500 has plenty of that. Its lusty 500 hp, pig iron V-8 is made mightier by an Eaton supercharger. All of the power is directed to the rear wheels through a 6-speed manual and yesteryear’s live rear axles. The wheels are bigger, and the suspension is heavier than a standard Mustang GT’s.

The GT500 is a relatively low-revving chugger, but with 480 ft lbs of torque, it displayed enough push and propulsion to impress judge Herb Harris, a motorcycle collector who is no stranger to raw power on two or four wheels. “It’s not sophisticated,” he said, “but it goes like stink. Had it been around when I was a teenager I probably would have killed myself.”

Ah, those teen years. Judge Tim Ciasulli noted the car’s nostalgic tug. “The type of person who drives this car,” he said, “still listens to Tommy James and the Shondells.” Presumably on an eight-track. Despite all the tire-smoking, window-rattling, belching, barking, and reminders of Pabst Blue Ribbon and the late ’60s, the GT500 handles smoothly, easily, even peacefully when hands, feet, and mind so order.

Our editors agreed with those judges who applauded the car as the preservation of an icon and as evidence that made-in-America does not have to mean mediocrity. We also sided with those who found the Mustang’s exterior dashing to the point of menacing but considered the interior, particularly the dashboard, to be flat and ugly. And too few of our judges were impressed by the value of a $41,000 Mustang that may not be the fastest coupe on wheels, but can match the acceleration and top speed of a $110,000 Maserati.

Nevertheless, no one needs to write an epitaph for the Mustang, not as long as Ford maintains the epigenesis of the marque. From his Four Quartets, T.S. Eliot took his own requiem. The epigram also suits the Mustang: “In my beginning is my end. In my end is my beginning.”