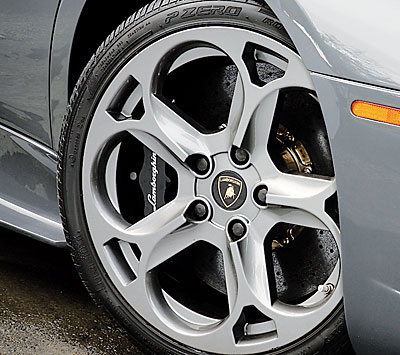 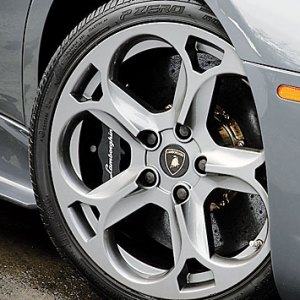 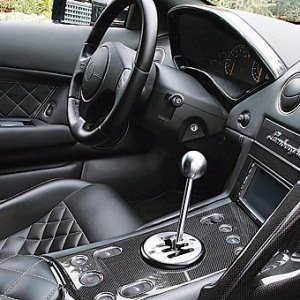 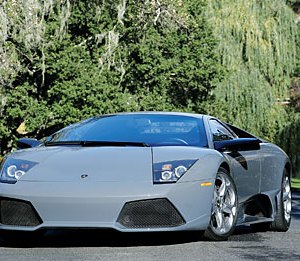 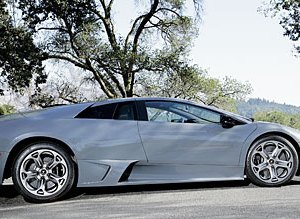 Some car of the year participants approached the Lamborghini with the same trepidation that one might feel when encountering a large male bovine: The drivers accorded caution and respect to the formidable gray bull from Sant’Agata, and that was before they even turned the key. Ingress and egress—the latter of which could not come too quickly for a few drivers—involve a studied series of contortions to negotiate the trademark scissor doors. However, once you are inside the cabin, a commodious space because of the prodigious width of this latest, greatest Murciélago, you find the type of comfort and luxury that is absent in most sports cars.

Everything about the car connotes industrial strength, from the feel of the shifter to the heft of the clutch pedal. (Our LP640 was equipped with the 6-speed manual transmission; most buyers likely will choose the electronic paddle-shift e.gear system.) The suspension is more supple than the large wheel/tire combination would suggest, and steering feel and feedback, although heavy at first, lighten as the car increases its speed—which it does quickly. Developing 60 more horsepower than its predecessor, the 640 hp LP640 is the most highly developed Lamborghini ever.

Stuff happens fast in this car, whose acceleration and top speed nudge the top end of the supercar performance envelope. As the revs climb to the 8,000 rpm limit, the Murci’s reason for being becomes clear to drivers such as Bruce Meyer, one of our judges, who remarked, “It’s solid, with great engine sounds and performance. The Germans [Lamborghini is owned by Volkswagen] have really helped this car. It’s tight and precise.”

Yet nothing about this automobile is subtle, noted Mark Santoro. “It has a Jekyll-and-Hyde composition,” he said. “It’s soft and comfortable until you step on the gas, then it’s diabolical.” Its hard-edged personality was off-putting to drivers not used to doing a little work behind the wheel. Ultimately, this very special car is for a very special type of driver. Its audacious flat and low shape and distinctive, penetrating exhaust note draw constant attention to car and driver, which clearly made some of our judges uncomfortable and helps to explain why the Lamborghini suffered in popularity among this year’s candidates. However, the car’s lack of appeal to the masses is just fine with the few dedicated bullfighters for whom the LP640 was created.