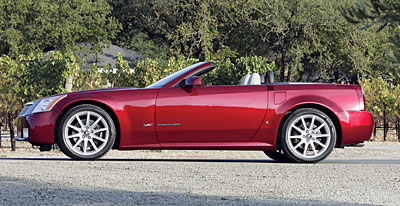 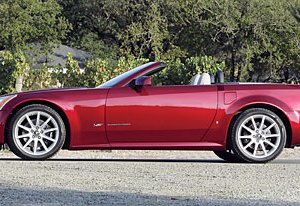 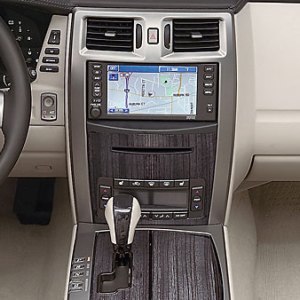 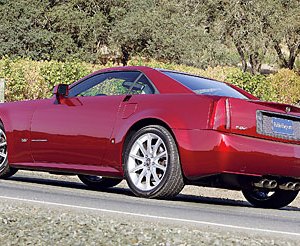 Many U.S. Vehicles are masterpieces of compromise and elasticity—virtuous qualities in the realm of realpolitik but fatal flaws in that of automobile design. These mediocrities often come to us courtesy of a marketing culture whose inviolable dictates—formulated in the airless vanilla depths of consumer focus groups—reduce all revolutionary ideas to a palatable blandness. For this reason, Cadillac deserves credit for breaking away from the bland pack with its Cadillac XLR-V, a high-performance roadster with cutting-edge style and a motor equal to any, including those of the Mercedes-Benz SL55 AMG and the Jaguar XKR.

The idea was a bold one: a $100,000 Cadillac endowed with a 443 hp, supercharged Northstar V-8 that propels the car from zero to 60 mph in less than 5 seconds. Engineers retooled the STS-V engine to fit the XLR’s smaller Corvette platform, decreasing its displacement from 4.6 liters to 4.4, while adding hardier pistons and a squared-off bulge that runs down the center of the car’s hood to accommodate the supercharger. For the gearbox, they chose the 6L80, a 6-speed automatic transmission that delivers smooth shifts. Only the XLR-V’s appearance—a crisp-edged and glassy composition of sharp angles and lines—remained unchanged.

Although most of our judges approached the car with patriotic enthusiasm, this American entry—the Ford Shelby GT500 was the other—turned out to be more pretender than contender among the crowned hoods of Europe. Despite the engine’s formidable performance, the steering was soft and sluggish, while the tight suspension saluted every bump in the road. “It was not a fun car to drive,” confessed Bob Maron. “The steering and suspension are poorly engineered. I’m an old-school Cadillac enthusiast. But this is not a $100,000 sports car.” Thomas Detelich was more generous. “It’s the best Cadillac I’ve ever driven,” he said. “Good power and responsiveness. It just doesn’t match up to the [BMW] M6.”

Jamie May compared the car’s profile favorably to “classic sports cars of the ’60s,” but Bruce Meyer’s comments regarding the French-stitched leather interior reflect the sentiments of the majority of judges: “I wanted so much to like this car. But the fit and finish of the interior is sadly lacking, and that’s a heartfelt sadness.”