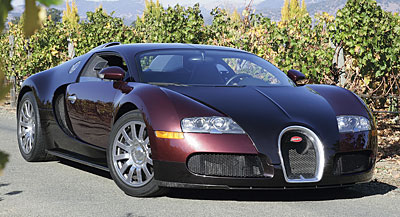 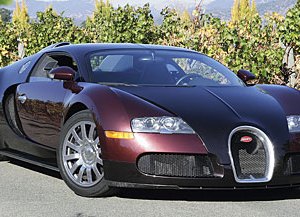 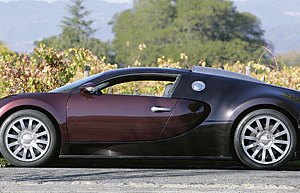 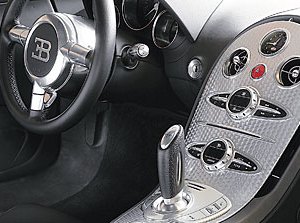 By all the rules of engagement, by every measure of appreciation that automobilists have for their monuments, the Bugatti Veyron 16.4 should have been a clean and untouchable winner. Slam. Dunk. The Car of the Year for 2007 and maybe for several seasons to come.

How foregone the conclusion? With 1,001 bhp, it is, after diesel locomotives, the most powerful form of ground transportation. An easily attained and obviously ungoverned top speed of 254 mph makes this French machine the fastest production car on the planet. It accelerates to 60 mph in 2.5 seconds, which is quicker than anything that has covered ground at Indianapolis or Edwards Air Force Base. All that might and velocity are expensive: The Veyron’s price of $1.34 million is equivalent to that of seven Bentley Continental GTs or a half-dozen Ferrari 430 Spiders.

Its appearance—a sensual meld of Rubens rounds and liquid lines—and performance capabilities are extraordinary, and yet the Veyron also is an authentic sports car. It is docile at low speeds, relaxed and secure when thundering toward its limits, and even in this era of shaky superlatives, it represents a triumph of technology over all previous restrictions of automotive physics—of metallurgy, of thermal harnessing, of the inability to produce Michelins that would not melt into gumbo at artillery-shell speeds.

However, during our judgment day in Napa Valley, a sensor sniffed a short in the transmission, and overheating warnings began to glow. Thus, the Veyron 16.4 (standing for 16 cylinders and four turbochargers) was deemed DNF, and a half-dozen judges were denied rides. For want of a nail, a shoe was lost; for want of a shoe, a horse was lost; and for want of a piddling part, the Bugatti missed the podium and finished in fourth place.

Among the dozens of assessments collected from our judges, the criticisms involved only the cost, not the car or its concept, for which the applause was a standing ovation. “It pegged my fun meter,” reported Timothy Ciasulli. “It’s blazingly fast and surprisingly docile. It sticks to the ground better than a bad reputation.”

Jonathan Gans found the Veyron more intimidating than the Ferrari 575 that serves as his daily driver. “Yet the power and handling are absolutely spectacular,” he said. “And intimidating is not always a bad thing.”

The Bugatti—bearing the badge of a 98-year-old brand that had been dormant since the 1950s and was purchased by Volkswagen in 1998—certainly did not intimidate Judy Weltman. “It gives the same rush you used to get in the Concorde [SST] on takeoff,” she reported. “If they could produce the Bugatti in pill form, drug companies would make a fortune.”

There was not a significant carp among the comments. Despite its abbreviated appearance, the Veyron demonstrated mechanical and performance advances that are out of this millennium. It certainly lives up to the credo of company founder Ettore Bugatti, the artist who always reminded his alter ego, the car builder, “Nothing is too beautiful, nothing is too expensive.”