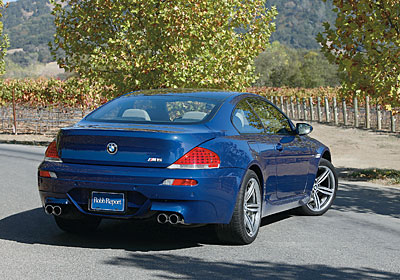 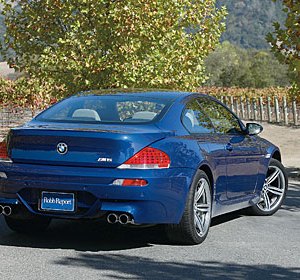 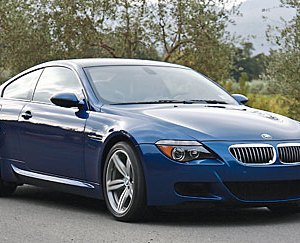 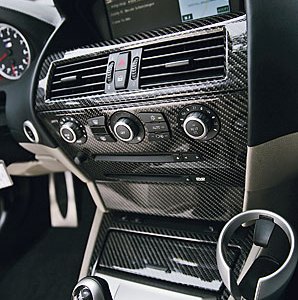 Fresh from Bavaria, the latest M Series coupe follows the M5 sedan’s 2006 Car of the Year showing with identical results: a tie for the seventh position. Equipped with the same venerable 5-liter V-10 engine and the same reviled sequential manual gearbox (SMG) as the M5, the M6 is definitely no slouch. It rockets from zero to 60 mph in 4.5 seconds (with the console-mounted Power button lit up to signify that the engine is achieving its full 500 hp potential). Like the M5, the M6 also is available with a manual 6-speed transmission for 2007, but unfortunately, our test automobile was not so well endowed.

“It’s a great combination of performance and comfort,” said Fred Chin, who recently purchased an M6. Delving deeper, Chin noted that the M6 “seems lighter than the M5. I like it because you can brake with your left foot and balance your corners.” His praise, however, like that of most of our judges, was not untainted by scorn: “The paddles are too small, and the SMG sucks.” Among our judges, this sentiment was nearly unanimously expressed.

Almost entirely because of its much-maligned and little-understood gearbox, the ultimate driving machine of this group fell unceremoniously to the middle of the pack, finishing in a tie with the cushier, comfier, and softer-shifting Jaguar. Although they otherwise praised the driving experience, nearly all of the judges criticized the unwieldy shift action. “Shifting is so bad,” Herb Harris said, “it covers up a good engine.” Some offered advice on addressing the problem: “Don’t use automatic mode,” Bill Curtis warned. “It shouldn’t even be there.” The M6, said Bruce Meyer, is best suited for a driver who is “young, with a strong neck for the whiplash on shifts.”

An explanation seems in order: SMG operates like the Bugatti Veyron’s dual-clutch system except with half the clutches and none of the buttery smoothness. In cars with manual transmissions, the coordinated hand-eye-foot actions required to change gears include a momentary subconscious hesitation that gives the clutch time to engage and disengage. The herky-jerky action that so annoyed our judges occurs because the SMG unit pauses before completing shifts. But because the shift lever looks and acts like a regular automatic, the driver expects the shifts to be seamless. Thus your right foot remains planted on the accelerator throughout the shift, and—kerchunk—gear changes feel as subtle as a slap in the face.

However, it says a lot about a car if, despite its deficiencies, it still can leave a positive overall impression when judged against competition of this caliber. Besides, BMW aficionados do not need to be won over, and more than likely they will choose the manual transmission. “Unbelievable fun,” said Larry Maguire. “If you like BMW, you’ll love this car.”