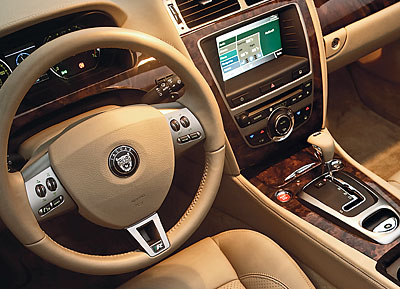 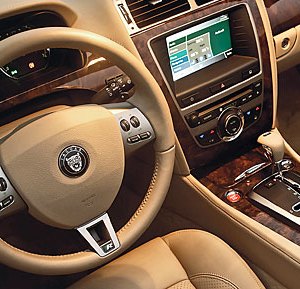 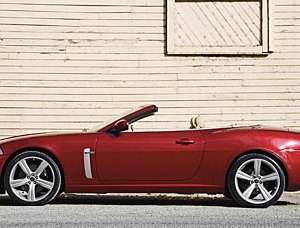 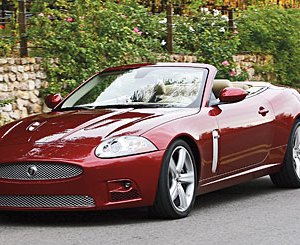 Some see Jaguar’s latest as a lovely luxury grand tourer that is to the British manner born, with all of its breeding and provenance firmly intact. However, several of our judges equated the XKR with a nipped-and-tucked former starlet: It is an attractive car, but it is showing its years. The car seems to lack immediacy, others said, and its mechanicals do not provide enough boot.

The XKR’s designer is Ian Callum, creator of Aston Martin’s DB7 and devotee of the Ghia way of shaping cars. He plucked from the past when fashioning this new Jaguar line, which began with the 2006 XK and now features the higher-performing and supercharged XKR coupe and convertible. His announced aim was to merge the classicism of previous XKs with contemporary lines and an all-aluminum build. His intention was to update and not obliterate the ovoid front end, flared headlights, and other styling elements of the adored E-Types.

Added Bill Harlan, “It exceeded my expectations. For approximately the same price as the Cadillac [XLR-V] it represents twice the value.”

However, Jamie May was among those who disagreed with such positive reviews. “It was too smooth, and I couldn’t feel the torque,” he said. “It felt as though I were driving a Ford. The Cadillac was much nicer.”

So went the seesaw, and when all ayes and nays were tallied, the XKR finished in the middle of our pack. On paper and in the flesh, the XKR—the R denoting the heavy tuning that distinguishes this car from the lighter XK series—remains as impressive as any in its class, and certainly more threatening to its 2+2 competition from Germany than any previous Jag. The base XK still comes with a 300 hp V-8 from the previous generation, and the XKR has been given the same 4.2-liter engine, but it has been tweaked and bolted to an Eaton supercharger, a combination that produces 420 hp. A stiffer suspension, larger wheels, aluminum gills, wire mesh inserts in the grille, and a chin intake further estrange the XKR from the XK.

On the road, the XKR fulfills its design purpose. It was not built to be a big and raucous sports car; it is supposed to move with much grace, huge pace, and an enticing distinction that always has been associated with Jaguar. These virtues were enough to prompt Mike Yager to switch his allegiance at the polls. “The car I most wanted to drive was the BMW [M6],” he said. “The car I least wanted to drive was the Jag. I love the Jag, and I didn’t like the BMW. The Jaguar was more fun than the BMW.”