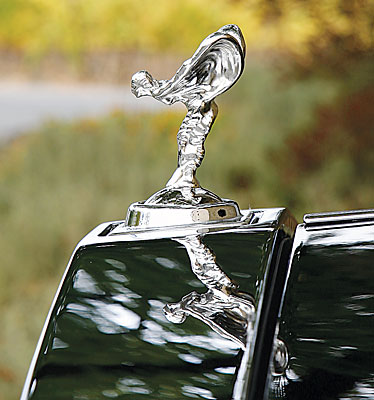 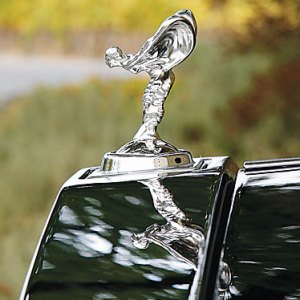 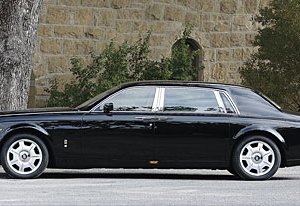 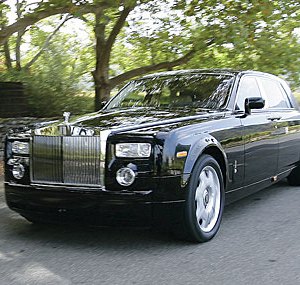 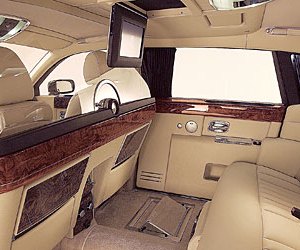 It was a majestic, if meandering, beginning, an elegant yet extended passage. But now, after four years of quietly penetrating our subconscious, the idea of a BMW-built Rolls-Royce Phantom seems to be catching on. Sales are solid, with almost 800 of the nearly $400,000 cars delivered worldwide in 2005. That figure, a 15-year high for Rolls-Royce, is an impressive sum for such a huge car in such a miniature niche.

Suddenly, that blunt front end does not appear quite as similar as it did initially to a Peterbilt’s—maybe because we have rationalized the feature as a designer’s startling signal of the beginning of a new era. Elements that once seemed to be inanities—umbrellas in the rear doors, gimballed logos in the wheel hubs so that the RR initials are always in the locked and upright position, a media screen that revolves and becomes a clock—now are viewed as deal-making touches of ultraluxury.

Even the price and three-ton curb weight no longer seem outrageous, probably because tonnage and extravagance are century-old Rolls-Royce customs, and with both come the marque’s trademark “waftability.” (The term originated from a magazine writer’s 1907 description of riding in the Rolls-Royce 40/50 hp; he wrote of “the feeling of being wafted through the countryside.”)

The success of the Phantom has prompted Rolls-Royce to design a convertible version, which will be followed by a not-so-stuffy, less-expensive sedan. Both of those automobiles have been preceded by an extended-wheelbase Phantom, the model selected as one of our Car of the Year finalists.

The modification adds 10 inches to the length of the standard sedan, which already reaches nearly 20 feet. The extra length increases the car’s weight by more than 260 pounds, lowers its center of gravity some, and expands the interior space enormously, enough to exaggerate the quiet, velvet ride and transform the driver’s and passengers’ experiences from luxurious to opulent. “You don’t feel like you’re in a truck, but a real car,” said Edward Weltman. “All of the accoutrements are over-the-top, particularly those umbrellas in the doors.”

The Phantom’s power train is equally impressive. The 453 hp V-12 engine, mated to a 6-speed automatic, will move all that bulk from zero to 60 mph in a respectable 5.9 seconds. The miracle is not that this bear can run so fast, but that it can run at all.

“It looks like a car for the bereaved family,” joked judge Herb Harris. “I like Rolls-Royce. You could give me one with three wheels, and I’d probably love it. God save the Queen.”

The Phantom, just like Hummers and Morgans, appears to have grown on us. It certainly seems closer than previous models to those Rollers of yore and in line with the philosophy of Sir Henry Royce, who believed that if something already exists, just build it better. No doubt Sir Henry would approve of those bumbershoots.