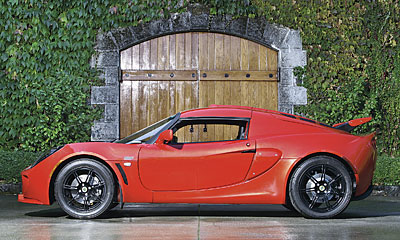 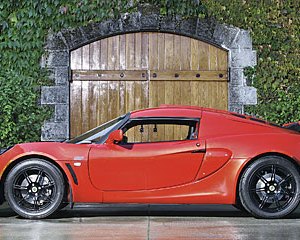 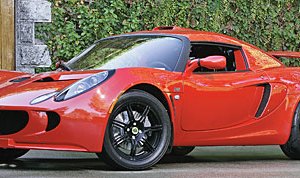 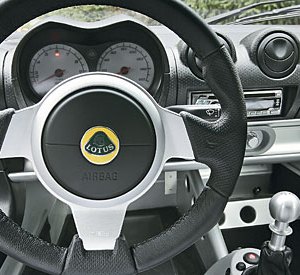 The complete Lotus motorist is a 5-foot-tall gymnast who wears size 8 driving shoes, sleeps innocently, drinks lightly, eats all his veggies, and is built like a reed. Few if any of our Car of the Year judges fit that description, and so the Lotus Exige S either confused or amused them. Most of the judges did not quite get it, because they struggled to get in it. “It’s for a skinny Brit who wishes he were of Italian descent,” said Bill Curtis. “It feels as though you’re driving a sausage casing,” added Don Panuce. “I’ve had less trouble getting out of a timeshare,” continued Steve Levitan.

So who would drive it?  “Jockeys,” sniffed Levitan.

For 55 years, Lotus Cars of Hethel, England, has been building light and diminutive cars because they deliver more pace from less power. This holds true for the Exige S (from the French word meaning “demanding”). Its 218 hp four-banger produces a top speed of almost 150 mph because the whole shebang weighs only half a hundredweight more than 2,000 pounds. The supercharger (hence the S) adds grease to the lightning.

The Exige is consistent with Lotus’ practice of building minimalist cars. It is not equipped with any frills such as cruise control, power this, or computerized that. Only a skinny cushion and one sheet of aluminum separate your derriere from the asphalt. The 6-speed transmission is manual and notchy and has the shortest of throws. The car stands, or maybe sits, waist-high on tungsten-tough shocks. It is almost a foot shorter than a Mazda Miata and less than 6 feet wide.

The car’s purpose is to allow fast drivers to drive faster. It is built for road and track—but mostly track—and for enthusiasts who enjoy wriggling roads, Sunday club races, and weekends at the nation’s growing number of motorsports country clubs. It restores purity to motoring and adds a dash of cayenne to it—enough to stir the imps within some of our judges.

“This was incredible,” added Jamie May. “It’s fantastic. I love it.”

Lotus builds about 4,000 cars annually. Its future is rooted in a business plan that predicts at least 4,000 people each year will be willing to spend a rather large amount on a toy. But then, as has been chanted many times, the only difference between men and boys is the price of their toys.