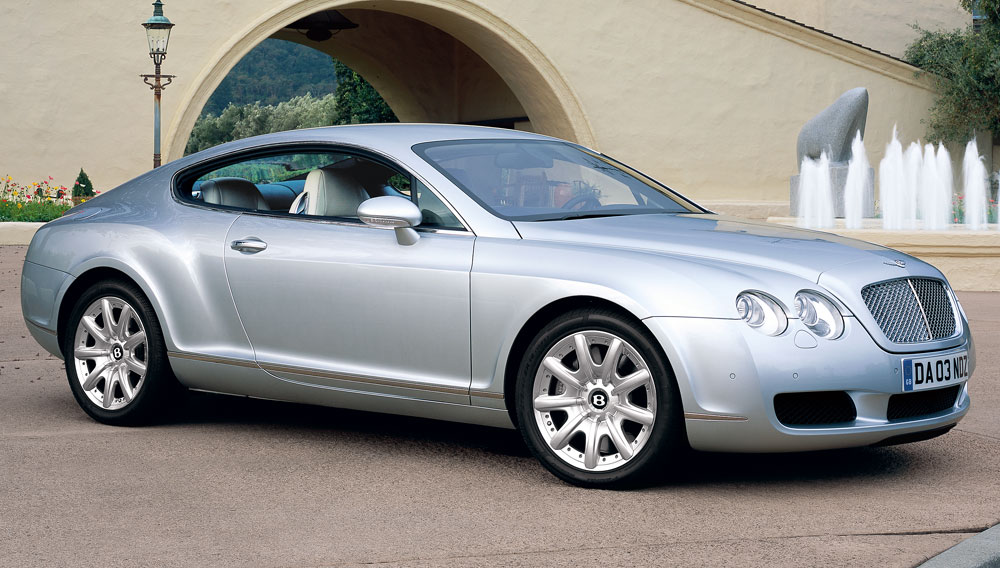 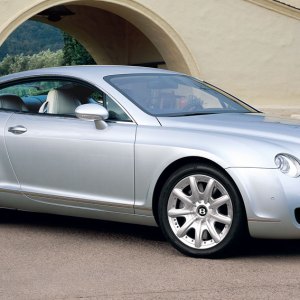 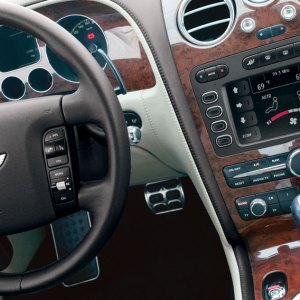 he introduction of the braw and brawny Bentley Continental GT has been a tease probably unmatched since Eve elevated the apple into foreplay. After four years of recitation, the vital stats and catch phrases associated with the Continental GT are familiar to even casual followers of the new Bentley breeders. It is an ungoverned, 198 mph supercar, the world’s fastest four-seat family vehicle—those are four full seats, not two seats plus two upholstered parcel ledges. Power comes from a 12-cylinder, 6-liter, twin-turbocharged engine pumping out an eager 552 horsepower and a highly useful 479 ft lbs of torque; transmission is a 6-speed automatic with Tiptronic and paddle shifting.

To view the Continental GT’s shape, in a photograph or in the metallic flesh, to see power and purpose represented by small overhangs and a short hood, broad haunches and a strong, serious face, is to sense pure animal attraction. Now, finally, the Continental GT is available for the driving.

At the risk of denting a lifelong reputation for objectivity married to honest testiness and light cynicism, I will say this: Looking back over the Ferraris and Aston Martins, the Jaguars and past Bentleys, the Mercedes and Lambos and Bimmers of years past, I can think of no other high-performance vehicle that delivers this amount of security at speed and this level of distinction, elegance, and comfort. On this point, my fellow judges and I agreed enough to select the Bentley Continental GT as the 2004 Car of the Year.

Acceleration makes solid, no-passing lines obsolete; you feel confident overtaking two, three, four vehicles at a time in a single surge. Should a lesser driver become irritated and close a traffic gap, the Bentley’s massive, 16-inch rotors on the front brakes will enable you to squeeze in. Maneuvering at any speed, regardless of the abruptness of your steering or braking orders, is as flat and as firm as electronic dampers, air springs, stability programs, and broad rubber on 19-inch wheels can make it. Paddle shifts are barely noticeable throughout all gears, up and down. Pay no attention to Bentley’s claim that this is a 198 mph automobile; several European test-drives topped out at 204 mph. The Continental is also incredibly stiff. Even with its curb weight of more than 5,000 pounds, which is not much lighter than the suddenly redundant Arnage and Azure, it will not ignore your intentions at semi-diabolical speeds.

One of the secrets here is that Bentley has borrowed the most proven parts from its new family members, Audi and Volkswagen. The W-12 engine and the Quattro all-wheel drive are from the Audi A8, and the Bentley’s platform does double duty with the VW Phaeton sedan. The result is hefty cost savings that allow a relatively puny list price of $149,000. Under the former ownership, Bentley wanted twice that amount for the Continental R, which was not half as friendly.

The Continental GT offers enormous ease of motion and handling, enough to make it what no previous Bentley has been: a daily driver. Yet, despite its move toward a reduced price and modern styling as part of an overt quest for younger buyers, Bentley has retained the opulence of its interior as it has been for more than eight decades. No high-tech Kevlar, faux suedes, or long stretches of brushed aluminum here. Just those signature mirror-matched grains in the woods and veneers, peerless and unblemished hides, and carpets more expensive than most shoes, all of which creates an aura of modest indulgence.

However, with German owners and with body shells shipped in from Mosel, can this GT really be a vehicle worthy of the house and history of W.O. Bentley? Well, the car and its engine are still assembled at Crewe. There is a wire mesh grille, an engine start/stop button, and great chrome heating and cooling portholes with push/pull knobs. The car is adorned with the Flying B badges that have been around since the 1930s. And in accordance with W.O.’s decree, this GT is most certainly an adventure in exhilarating power, elegance, grace, and distinction.