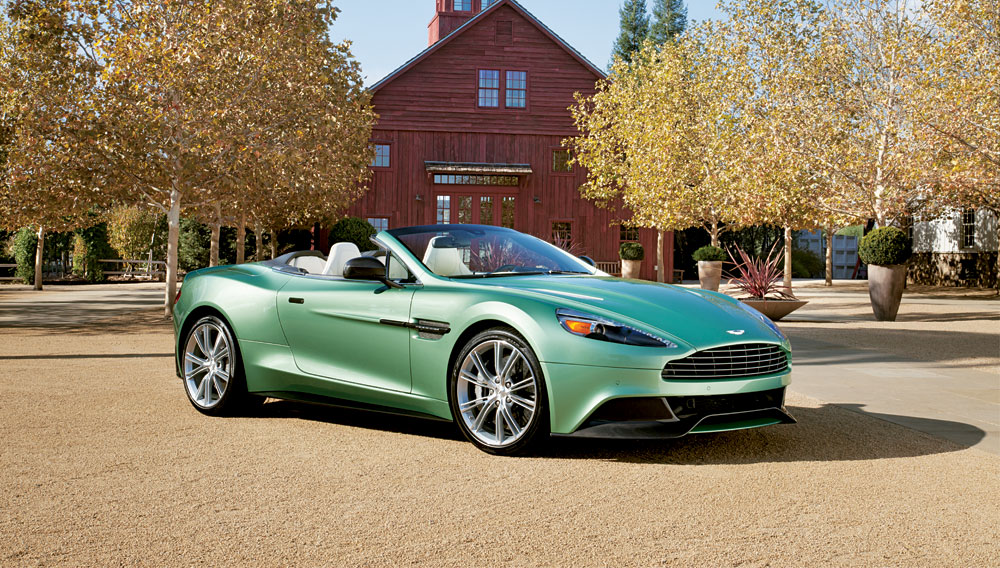 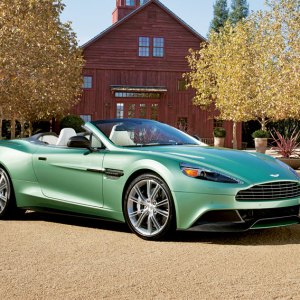 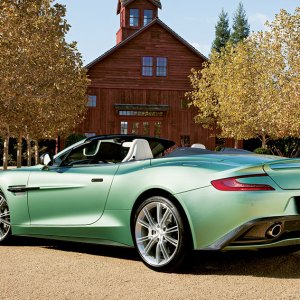 The Aston Martin Vanquish Volante does not need an ejection seat, concealed machine guns, or tire-slashing wheel spinners. Even without those features it still embodies the qualities that always have been associated with the century-old marque: high-tech, handmade, and rare.

The Vanquish sits at the top of the Aston Martin hierarchy. It debuted in 2001 but was out of production from 2008 until last year, when the second generation launched and included a convertible. Aston Martin calls its convertibles volantes, presumably from the Italian word for “flying,” and this Volante can indeed fly. Its 565 hp V-12 enables a zero-to-60-mph time of 4 seconds and a top speed of 183 mph. But the Vanquish is more than just fast; it may be the best-handling Aston Martin ever, thanks in large part to a bonded-aluminum-and-carbon-fiber chassis and carbon-fiber body that confer torsional rigidity and weight benefits in what is essentially an all-new Aston Martin design.

The body is gorgeous yet aggressive looking, with aerodynamic appurtenances that include a flow-through ducktail spoiler previously unimaginable on a stately Aston Martin. The interior includes optional quilted leather seats and panels that make occupants feel as though they are sitting in a classic Chanel handbag.

More than a dozen of our judges cast their first-place votes for the Vanquish Volante, and if this had been a Most Beautiful Car of the Year contest, no doubt it would have won.