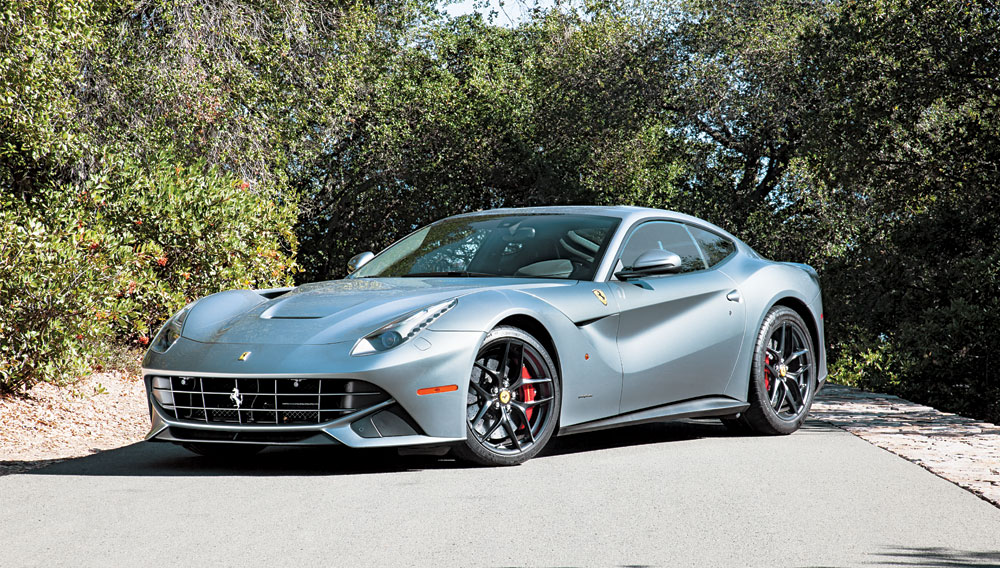 Though we have been involving readers in our Car of the Year events for a decade, we continue to be surprised by the emotional reactions—good and bad—that certain entries elicit from them. Some models could seemingly incite an angry mob to wield pitchforks and hoes, while others spread pandemics of praise so infectious that a dozen drivers line up to order their very own vehicle.

This latter response greeted the Ferrari F12 Berlinetta, which scored an unprecedented landslide victory. Never before have our judges displayed such consentience in choosing a Car of the Year winner. Most agreed that the F12 has it all: power, luxury, surgical response, and a shape that is seductive yet subtle for the brand. However, the exhaust, from one of the company’s most potent V-12s, clearly and loudly identifies the F12 as a Ferrari.

One judge said the F12 Berlinetta roused memories of driving across Tuscany during a summer search for the perfect trippa di vitello. Others had equally romantic reasons for casting their first-place votes for the F12. They heard the astounding exhaust sound, a snarl that rises to a penetrating shriek. They saw the dreamy architecture, which is a blend of Pininfarina classicism and the Italian avant-garde. They experienced the performance of Ferrari’s quickest road car (excepting the new LaFerrari hybrid), which is powered by a 731 hp V-12 that enables a zero-to-60-mph time of under 3.1 seconds and a top speed of 211 mph. And they felt how smoothly the car handled, whether it was engaged in second-gear dawdling or high-performance brawling. Together, these elements advance the F12 to endless purpose and automotive perfection.  —Paul Dean

In the rematch with Audi, Ferrari won by a nearly unanimous decision. Six years ago, Ferrari’s 599 GTB Fiorano was the clear favorite to take the 2008 Car of the Year title, but on the final day of judging, a temperamental transmission knocked it out of commission and out of the competition. Consequently, the underdog Audi R8 claimed victory. This year, the Ferrari F12 Berlinetta—the 599 GTB Fiorano’s successor—finished well ahead of the second-place car, the R8 V10 Plus (a new variant of the R8).

Our judges praised the Ferrari’s ability to harness the 731 hp churning under its lightweight aluminum-alloy body panels. They also were impressed with how the F12 inspired them to test its limits and those of their driving skills. The only grievance concerned Ferrari’s decision to deliver the F12 in a color the company calls Grigio Titanio Metallic, otherwise known as silver. The color is too pedestrian to suit the Car of the Year.  —Paul Meyers