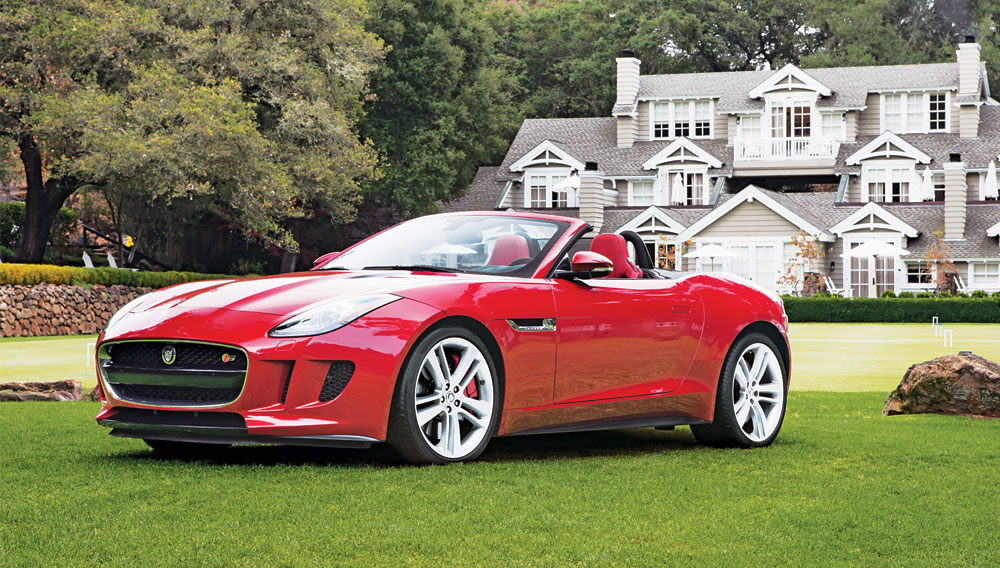 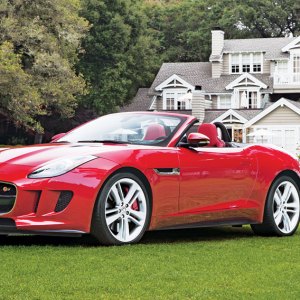 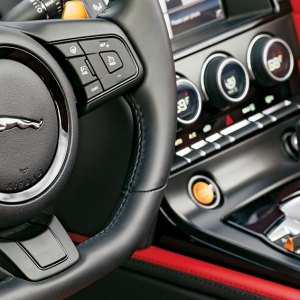 Back in the Game

It had been a long time since Jaguar built a sports car—some four decades, in fact. This hiatus came after the company had produced the SS100 in the 1930s, the XKs in the ’50s, and the E-Types in the ’60s and into the ’70s. Does the F-Type—specifically the V8 S variant, a noisy little rascal with a supercharged 495 hp V-8—represent Jaguar’s triumphant return to the sports-car realm? Our Car of the Year judges were divided.

To some, the F-Type looked more like a shrunken GT than a toss-about sports car. Other judges complained of seating that was so cramped their passengers had difficulty opening a road map to navigate the test-drive. The lack of space extends to the trunk, which offers room for only one carry-on and a spring-loaded umbrella.

Those who liked the F-Type were impressed with its looks. The car has a handsome shape that expresses design director Ian Callum’s new design language better than any other model in Jaguar’s lineup. Few cars in the $92,000 price range have such head-turning appeal. And if that price is beyond one’s budget, Jaguar also offers less expensive and less powerful but otherwise virtually identical V-6 versions of the F-Type.

“It’s a ton of fun for the money,” said judge Scott Kimple, “but I own an E-Type, and the design and styling [of the F-Type] is not quite up to that.” Assessments of the F-Type vis-à-vis the venerable E-Type are perhaps inevitable but unfair. Better to compare the new Jaguar to its contemporaries. The F-Type will flatten the little roadsters from Mercedes-Benz and BMW, the SLK and the Z4. But it cannot lay a glove on the Porsche 911, except in a price war. The Jaguar’s suspension feels like marbles on a washboard, yet the 8-speed ZF gearbox is as smooth and as quick as a Ferrari’s.

The F-Type is not an E-Type, but it does not have to be to restore Jaguar’s reputation for building pedigree sports cars.