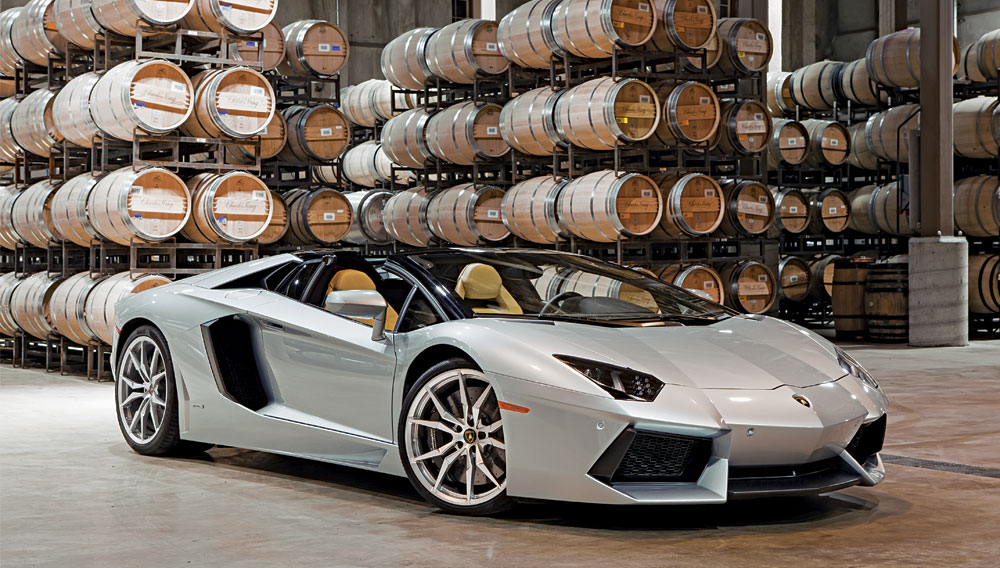 To borrow a phrase from the Seder, if Lamborghini had delivered only the Aventador, dayenu—it would have been enough for us. But instead, the carmaker created a roadster version of Robb Report’s 2012 Car of the Year that is even more audacious because of the addition of a featherweight two-piece removable hard top. Or rather, because of the subtraction of the roof: Most owners likely will stow the carbon-fiber panels until threatened by rain or blazing sun, though the Aventador may be able to outrun either, so explosive is its acceleration.

As the car’s hood badge warns, the Aventador can be like a bull in a bucking chute. It will stomp and snort until it is released—to the open road. But once there, this beast performs in lockstep with its driver, providing a ride that is thrilling yet still refined.  —Robert Ross

What’s in a Name?

Though burdened with what may be the clumsiest designation since the 1912 Audi Type C 14/35 PS Alpensieger, this Lamborghini is outrageously beautiful, and the edgy dream machine of anyone obsessed with automotive-engineering extremes. The Lambo look has been inspiring owners and collectors for five decades now, beginning with the swoopy, aerodynamic lines of the 1966 Miura, which set the pace for radical things to come—including the Aventador coupe. The Roadster is yet another work of art and a reflection of Lamborghini’s revolutionary thinking.  —Paul Dean

It is tempting to compare the Aventador Roadster to the Car of the Year winner, the Ferrari F12 Berlinetta. Both are beautiful Italian supercars powered by monstrous V-12 engines. But the companies’ logos indicate the distinction between the two cars: Ferrari’s is a prancing horse, and Lamborghini’s is a raging bull. While the F12 glides and stretches, the Aventador kicks and surges—just as Lamborghini likes its cars to do.

A number of our judges enjoyed the adrenaline-inducing stab at the throttle, which caused the Aventador’s engine to wail and heave. Many judges compared the experience of driving the Aventador to a roller-coaster ride, and those who drove the car with the roof panels removed returned to the staging area sporting hairdos that supported the comparison. —Paul Meyers