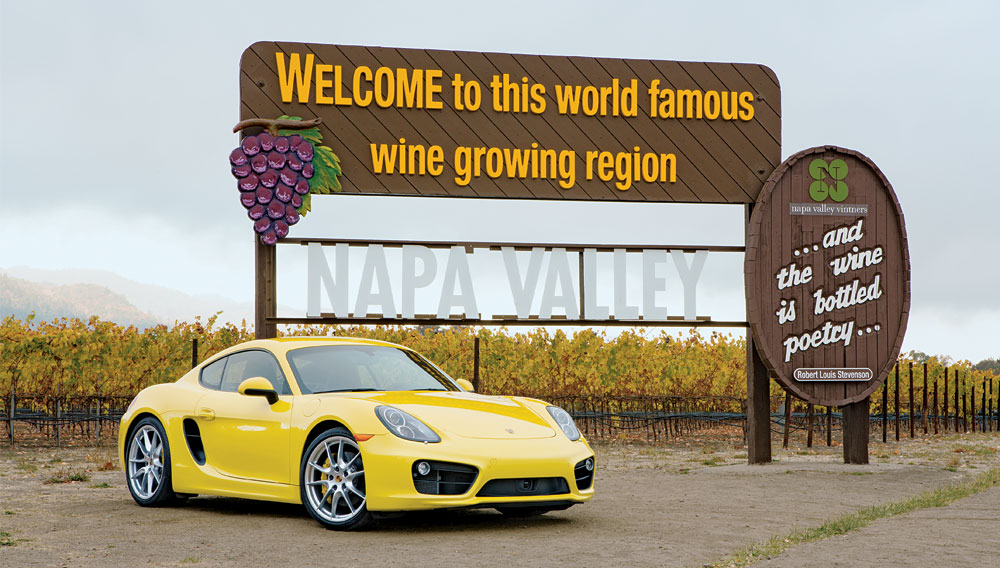 Porsche seems to have cast the Cayman as an automotive Cinderella, forcing it to assume a subservient role to its domineering 911 siblings. Though it has been denied 911 power and finery, the Cayman nevertheless beguiles its fanciers by doing so many things so well. And for the 2014 model year, Porsche designers gave the Cayman a new set of stylish lines that suggest a smaller Carrera GT in fastback-coupe form.

While it lacks absurd amounts of power, the Cayman does offer near-telepathic handling, thanks in part to the balance provided by its mid-engine design. In the all-out Cayman S version, the 3.4-liter flat 6 produces 325 hp, which is plenty for the car’s light and nimble platform. “It is a scalpel in an era of chain saws and butcher knives,” said judge Marc Hruschka.

Anyone who has purchased a Porsche knows how difficult it is to pay the base price without also checking off a few option boxes. The Cayman driven during the Car of the Year contest was equipped with a range of options that included ceramic-composite brakes and a PDK transmission. They raised the car’s price from $64,000 to $101,000, perhaps making the Cayman less of a bargain than some of the judges thought it was (“The price and value are beyond compare,” “The best value of the day,” “The engineering is fantastic for the money”). Still, fans call the Cayman Porsche’s best-kept secret, and its middle-of-the-pack finish in the Napa Valley suggests that the secret soon will be out.