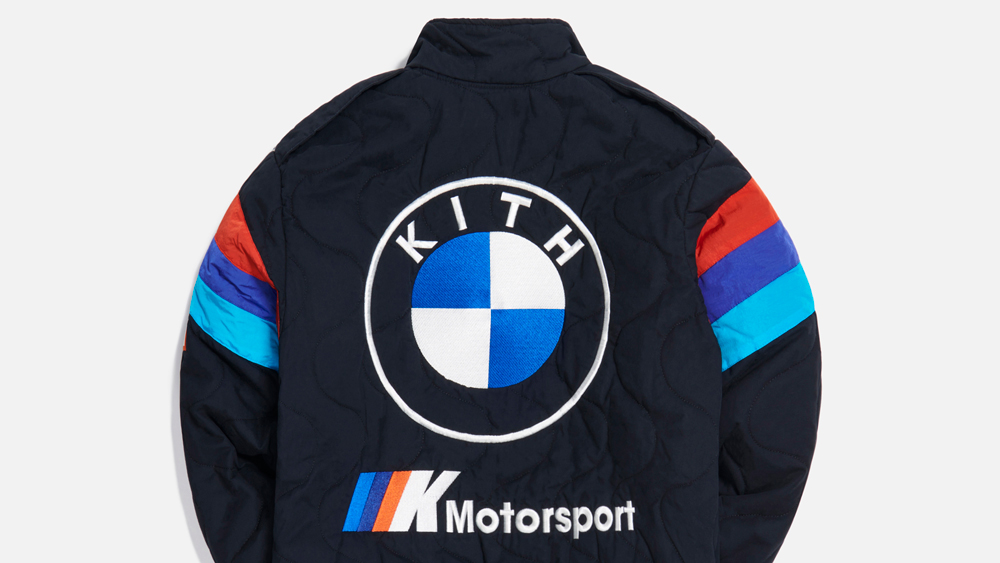 Right now, in Miami, there’s an Aston Martin parked on Biscayne Bay Boulevard just east of Brickell Avenue. This Aston, like all Astons, comes with fine leather and carpeting, burnished wood and gleaming, expensive surfaces. But this Aston, unlike every other Aston, seats several hundred people and has a top speed of zero miles per hour and the aerodynamic efficiency of a very large building, because that’s what it is: a very large building. This is the Aston Martin Residences, slated to open next year, where the triplex penthouse will run you around $50 million. Like every other Aston, it also comes with a set of keys.

At 817 feet, the Aston Martin Residences is an unusually towering monument to licensing agreements, but automaker brand extensions likely date back to just after people started building cars. There are the watch collaborations, of course, and all the boats. There’s the rebadged accessible-luxury merch—road bikes and golf clubs, espresso machines and leather handbags—and an entire universe of overpriced Dollar Store jumble, logoed bottle stoppers and fountain pens, charging cables, headphones, napkin rings, votive candleholders, jewelry cases and sunglasses and colognes with clanging, tin-ear names: Man Private, Addictive Oriental. Ferrari held a fashion show at its Maranello headquarters in June, with a bright, streetwear-inflected collection by former Giorgio Armani designer Rocco Iannone, while New York City has two competing concept spaces, from Lexus and Lamborghini, which answer the question of what it’s like to get drunk in a very nice car dealership that forgot the cars. It’s difficult to tell whether legacy automakers are slapping their logos on more and more products because they realize the power of those symbols is at an all-time low, or because they don’t.

It’s not the carmakers’ fault, or not exactly—they’re victims of their own globalized success. A car used to be inexorably tied to the place that made it, shaped and flavored by local geography, attitudes and traditions no different than the region’s bread or wine. A feisty BMW with its tiptoe footwork was a very particular idea of a German sedan that the stately, imperious Mercedes-Benz was not, in the same way that a Jaguar was not a Lotus and a Citroën wasn’t a Renault. It was all very parochial. Community pride was at stake.

Even when cars failed—which until very recently was remarkably often—they failed along cultural lines. When a Jaguar broke, it did so politely: It simply relinquished its vehicular duties for the evening and hoped you enjoyed the long walk home in the rain. A Maserati, meanwhile, went to pieces histrionically, operatically, with lots of screaming and things breaking and maybe a small fire or two. This, in the fevered logic that only an enthusiast can understand, was actually part of the charm. That’s what a logo meant, before it was an excuse to disfigure luggage: It was a worldview, however blinkered or impractical. My Corvette, right or wrong.

The Bremont E-Type “Flat Out Grey” watch created in collaboration with Jaguar.  Courtesy of Bremont

Cars don’t break today, or almost never, which is astonishing given their complexity, but they’re not really from anywhere in particular, either. For all its starched and fussily arranged heritage, there’s a good chance your average British luxury saloon is built on a German chassis with Italian brakes and Japanese electronics. Everything’s a mishmash now, a potluck of far-flung ingredients. Making cars has become as corporatized as making lightbulbs, the purview of massive multinational conglomerates. The inventory at nearly every dealership reads like a Waffle House menu, with a staggering array of options remixed from the same handful of ingredients. That’s the fundamental modern business model, even for many high-priced enthusiast brands: something for everyone. But that idea is anathema to luxury, and to brand identity. It’s the mantra of a shopping mall, the all-day buffet at a Vegas hotel.

Tesla is different, though. Despite its futuristic Silicon Valley pedigree and interplanetary manufacturing ambitions, the California carmaker is a throwback in almost every sense. Tesla today could be Porsche in the ’60s. It produces just a handful of models and, like the original 911, each is the unmistakable, inevitable product of a specific time and place. And the brand is fun in entirely new ways. It put the vehicle keys on a phone app; it has Plaid mode and Ludicrous mode and nerdy little Easter eggs—you can make your GPS map look like the surface of Mars and your vehicle icon like a little planetary rover, or use the car’s steering wheel and pedals to play Mario Kart on the huge infotainment screen. Also, not insignificantly, the car will sometimes do the driving for you.

It’s inconceivable that the legacy car brands could have come up with anything as delightfully absurd as all that, since they’re the ones who originally insisted electric vehicles should only ever be slow, goofy penance-mobiles for self-flagellating tree humpers. None of them were having that much fun back when Tesla released the Model S in 2012. They still aren’t now.

My father-in-law recently sold his Porsche, a lovely little black-on-black 2003 Carrera 911, the one with headlights like fried eggs. It was his daily driver for over a decade and then, in a fit of practicality and ecological soul-searching, he replaced it with a Tesla Model 3. He’s still floored by the car’s uncanny, improbable acceleration, its preposterous grip and the nuances of one-pedal driving. He has solar panels on his garage and is holding out hope for a new bidirectional home charging unit, like they have in Europe and Japan. He doesn’t miss the Porsche one bit. He’s having fun.

That’s the clever part: Tangibly, philosophically, Tesla has constructed an entirely new idea of automotive enthusiasm, plus the goods and support to service it, without a branded boom box or golf umbrella to be found. And that’s what’s exciting about it and its growing cohort of new and relentlessly future-focused brands like Rimac and Rivian: There’s no heritage to haul around like old luggage, in constant need of unpacking. The ink is still wet on their origin stories; their next chapters promise to be more interesting, more significant, than their last. And it shows the old guard’s brand-extension fervor for what it is: a reflexive preoccupation with the past, the covetous accounting of bygone glory. It ignores the legacy still to be made to focus, instead, on safeguarding the one that came before—an idea which may already be out of date.