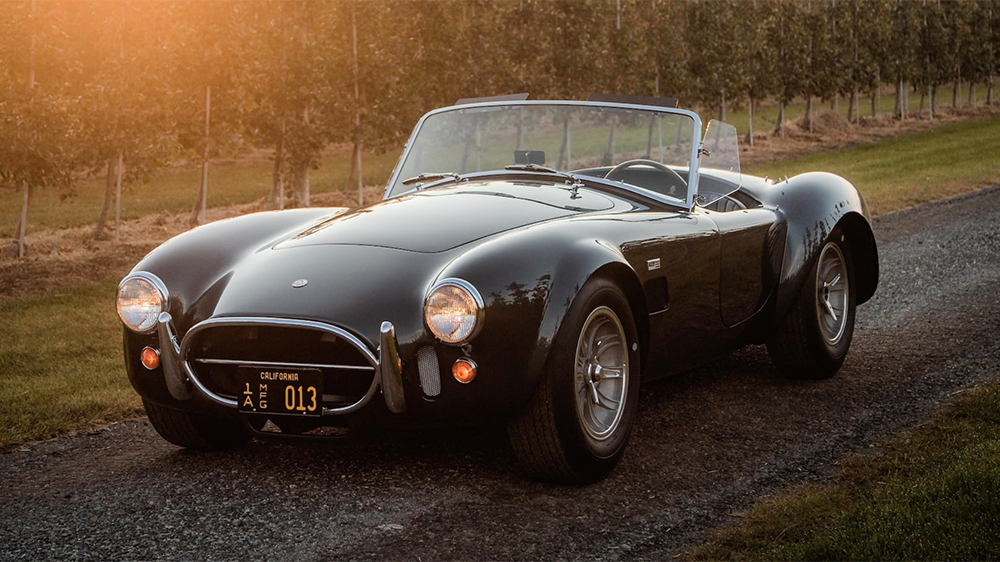 Few cars played a more important role in the evolution of the American sports car than the Shelby Cobra. And now one that belonged to none other than Carroll Shelby himself is headed for the auction block.

Next month, a grey 427 Cobra that was owned by the legendary car designer until his death in 2012 will go up for bid as part of Mecum Auctions’s Kissimee 2021 sales event. While it may not be the most important version of the famed roadster—that would be the first built, 260 Cobra CSX2000—it’s hard to think of a better addition to any collection of American-made performance vehicles.

Unlike the 260 Cobra, the 427 is a street-spec sports car. This particular example, chassis CSX3178, is just one of five finished in Charcoal Grey, according to the auction house. Despite being a 1965 model, the 427 was built in March of 1966 and would be used by Shelby as his own personal Cobra. Originally outfitted with a Ford 427cc V8 with dual quads and a 4-speed Toploader transmission, Shelby eventually decided he needed more oomph and had this swapped out for an aluminum-head 427cc side-oiler engine with an automatic transmission.

That isn’t the only change the car has gone through since it rolled off the line. Six years after taking possession of the Cobra, Shelby had it re-finished in Guardsman Blue and gold. Then it 2002, the paint scheme was changed to red by restoration experts at Shelby America. The car was purchased from Shelby’s estate four years after his death and then, in 2019, underwent a complete, ground-up concours restoration which saw it re-painted Charcoal Grey and restored to its original 427 configuration with a four-speed manual transmission.

Mecum’s Kissimmee event runs from January 6-16. You’ll have to contact the auction house about a sales estimate, but we’d expect this piece of automotive history to come at a cost. While it won’t match the CSX2000’s $14 million price tag, don’t be surprised if it sells for more than $2 million.