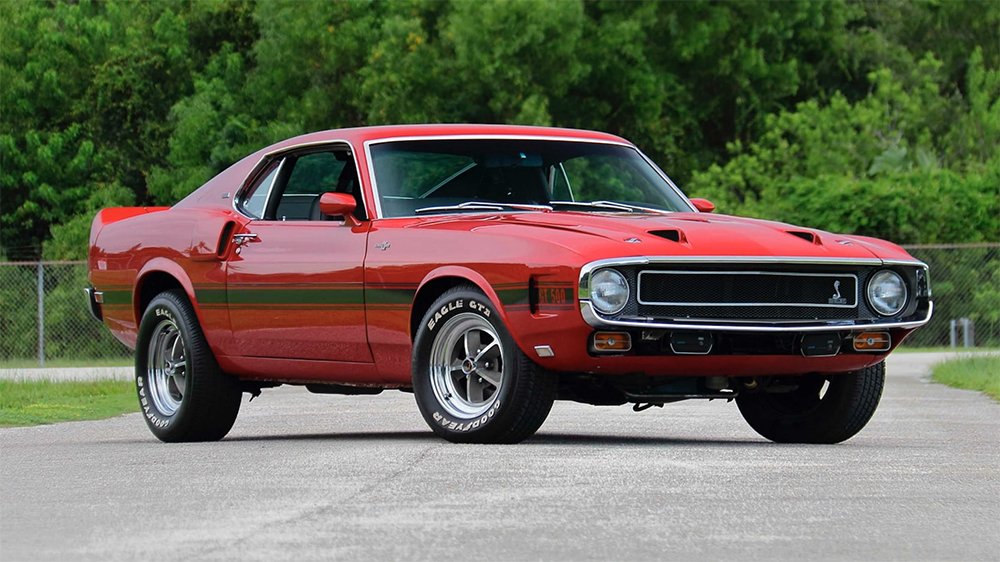 It’s one thing to own a car that Carroll Shelby worked on. It’s another to own one that was part of his collection.

You’ll get that chance in early January when a 1969 Shelby GT500 fastback that once belonged to automotive icon hits the block as part of Mecum Auctions’s Kissimmee 2023 sales event. It’s hard to imagine there will be another muscle car available next year than can match its pedigree.

Despite the fact that it was a genuine hit, Ford decided to give the first-generation Mustang a makeover for the 1969 model year. The restyled muscle car was longer, wider and more aggressive than before. The revision also meant there was room under the hood for a big-block engine, according to Road & Track. Naturally, Ford and Shelby took advantage of this, and produced a new GT500 with a mammoth V-8, making it one of the most powerful ‘Stangs of that early era. It was also the last first-generation version of the car to carry the Shelby name, which might explain why its namesake owned two over the decades.

The GT500 is a true “Pony Car.” It’s powered by a massive 7.0-liter Cobra Jet V-8. In this example—which was also once owned by Oscar-nominated actor and director Jackie Cooper—the brawny mill is connected to a three-speed C6 automatic transmission that sent 335 horses and 440 ft lbs of twist to the rear axle. That’s pretty potent, but there are plenty of enthusiasts who believe the engine is even more powerful than Ford said. Whatever its true output, the car was able to sprint from zero-to-60 mph in just six seconds and cover a quarter-mile in 16 seconds.

Shelby’s GT500 is finished in Candyapple Red with a black racing stripe along the side. Its got a sculpted hood with a trio of air intakes, a large rear spoiler and “Cobra Jet 428” and “Shelby” badging. The interior inverts this color scheme. Other choice details include the original tachometer, a Cobra-brand shifter and wood accents on the dashboard and steering wheel. The car, both inside and out, looks beautiful, thanks in no small part to a recent comprehensive restoration. It also comes with a certificate of authenticity and title from the Carroll Hall Shelby Trust.

This particularly GT500 will go up for bid during Mecum’s annual Kissimmee sale, which runs from January 4 to 15. No pre-show estimate was available as of press time, but considering who once owned this Shelby, we wouldn’t be surprised if it sells for a whole lot of money. It wouldn’t be one of the auction’s headline lots otherwise.