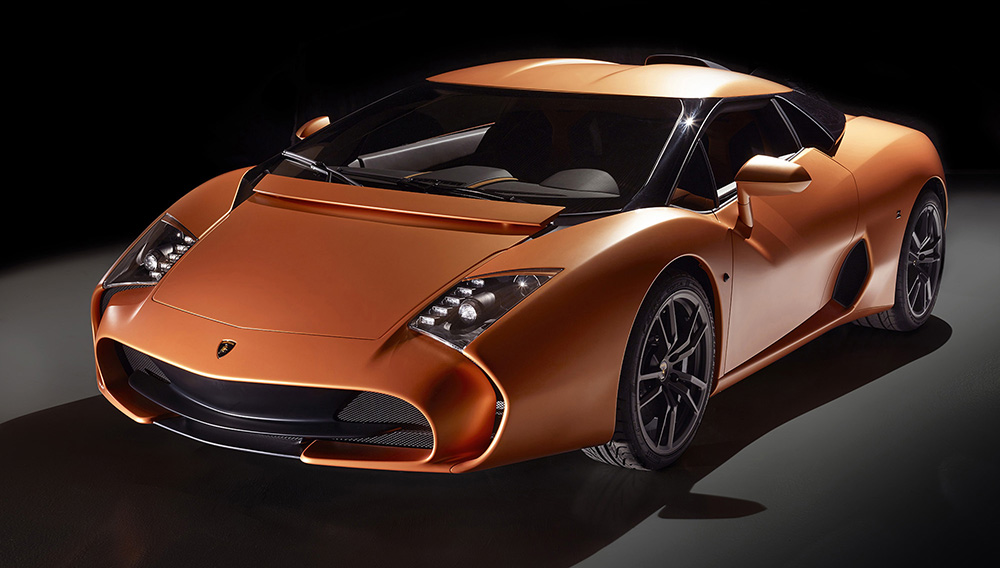 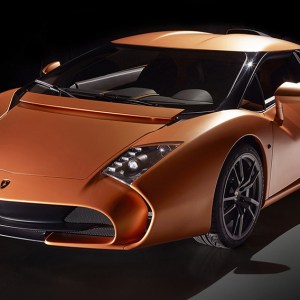 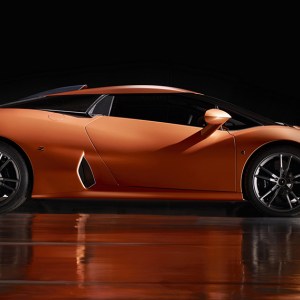 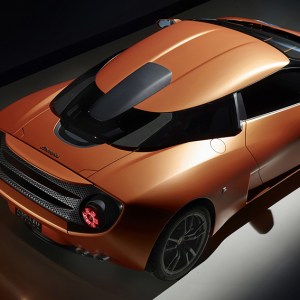 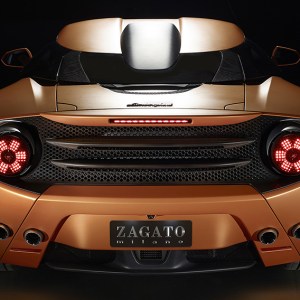 In the latest in a series of collaborations that began in 1965, the Italian carrozzeria Zagato has teamed up with Lamborghini to reinterpret the marque’s most successful model to date, the Gallardo. Commissioned by the car collector Albert Spiess, the Lamborghini 5-95 Zagato is mechanically identical to the 562 hp stock Gallardo, but sports an eye-catching, futuristic new exterior. Instead of the two front intakes that marked the front bumper of the Gallardo, the 5-95 Zagato is equipped with a large, gaping grille that houses a floating front spoiler. Its fenders, which slightly overlap the forward bodywork, house the headlights and form secondary air intakes. A wind deflector just below the windshield improves airflow while increasing the perceived length of the hood.

The 5-95 Zagato’s double-bubble cockpit is surrounded by continuous glass surfaces uninterrupted by pillars. The Gallardo’s large side intakes have been reduced, though proper aspiration is maintained by the addition of an air scoop on the roof. The rear end of the car has been shortened to emphasize its aggressive forward stance. The sharp lines of the Gallardo’s rear have been softened on the 5-95 Zagato, a visual cue that is reinforced by swapping rectangular taillights for round ones. Though the first example of the car is obviously spoken for, the company will produce additional 5-95 Zagatos (price upon request) as demand warrants. (www.zagato.it)