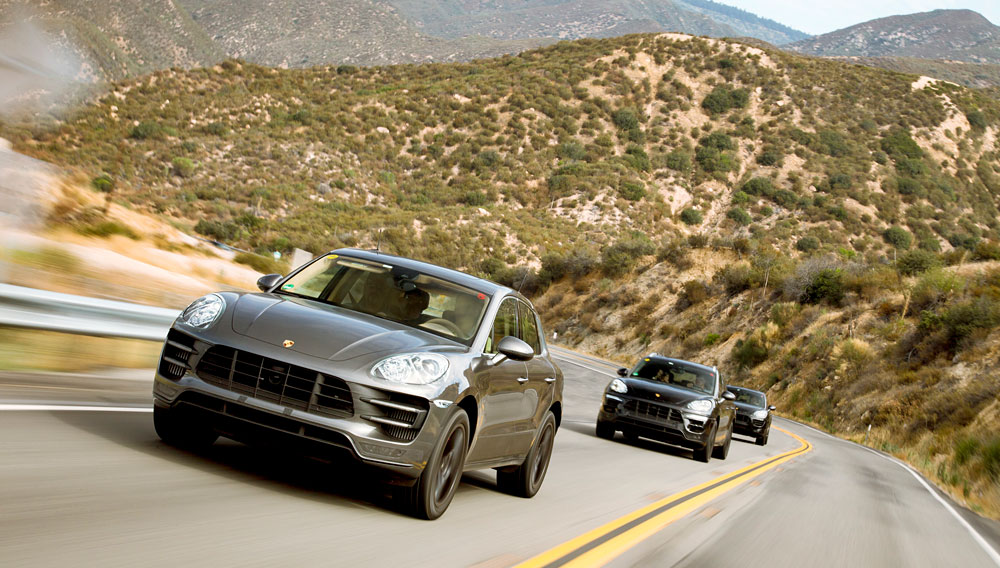 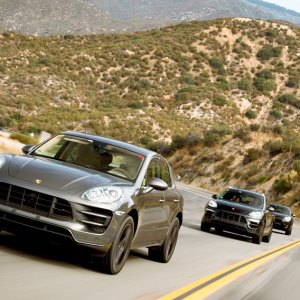 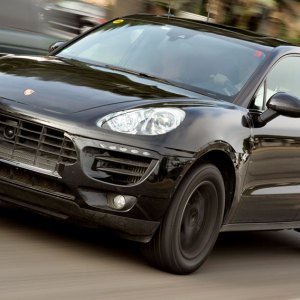 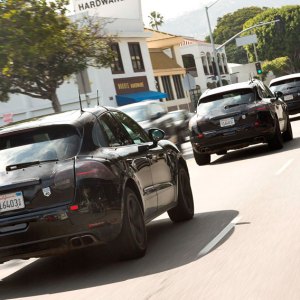 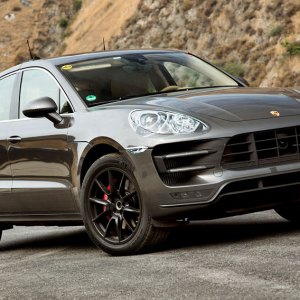 Ahead of its official launch in November at the Los Angeles Auto Show, the Porsche Macan SUV has been spotted during testing in Southern California. Details of this addition to the German automaker’s lineup are unofficially emerging.

Though the compact-sized Macan employs the same 110.5-inch wheelbase and architecture as the Audi Q5, it is slightly longer, lower, and wider. The Macan shares its looks with the larger Cayenne—a large grille opening flanked by additional vents, triangular light clusters, and a rounded-off roofline. The V-6-powered crossover will be offered in both normally aspirated and turbocharged variants producing nearly 400 hp. There is also a V-6 diesel in the works for global markets that may even be sold in the United States.

The all-wheel-drive Macan has a Torsen center differential that splits torque between the front and rear axles; it will also offer a choice of a 6-speed manual transmission or the 7-speed PDK dual-clutch sequential-shift automatic. The vehicle rides on standard 17-inch wheels but can be equipped with rims as large as 21 inches, and it has a fully independent suspension and disc brakes at all four corners.

Looking to expand volume, Porsche will price this smaller SUV in its line at an estimated $45,000 when it debuts next year. (www.porsche.com/macan)