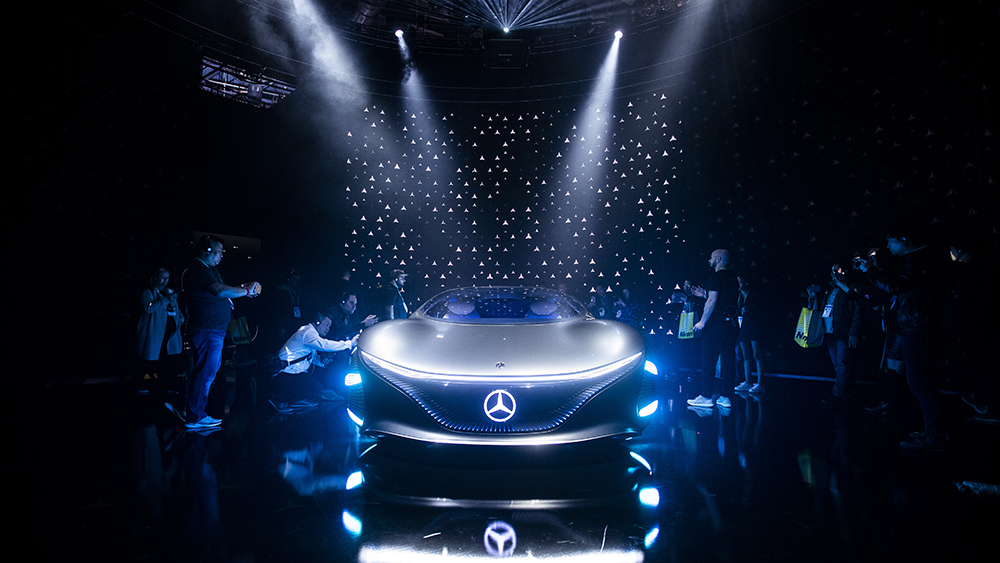 The CES tech-fest in Las Vegas is America’s unofficial fourth auto show. This year’s long-overdue rescheduling of the Detroit show from the depths of a Michigan winter to summer leaves a neat gap for CES between November’s Los Angeles Auto Show and New York’s exhibition in April. But even before the clash with Detroit was resolved, the carmakers were sold on CES as the ideal vehicle to launch their techiest automobiles.

Revealing sexy new products alongside those from the hottest tech brands is good for the corporate image. CES is the obvious place to launch concept cars or specific new technologies. And aside from the media and social coverage, launching your new product in front of CES’s 170,000 affluent, early-adopting attendees gives it a good start in life.

This year, Mercedes-Benz probably thought it had the lock on the automotive star of the show with its sensational Vision AVTR concept, designed in conjunction with Avatar creator James Cameron and his Lightstorm studio. But that was until Sony shocked everyone by casually rolling out its own car during its keynote. Sony claims the Vision S serves only to demonstrate its impressive suite of automotive tech, but it will look worryingly production-ready to the established carmakers.

Honda brought the very pretty, roofless Augmented Driving Concept which explores how we might switch into and out of autonomous driving, and Chrysler’s very restrained, elegant Airflow Vision examines how to make better use of the cabin space freed up by electric motors.

Of the cars you can reserve now, Fisker’s $29,999 Ocean compact electric SUV was the standout. Deliveries start later this year with a no-strings, all-inclusive lease starting from $379. The Ocean is former BMW and Aston Martin designer Henrik Fisker’s attempt to decouple luxury from high price, and to allow virtue-signaling motorists to separate from the hordes of new, zero-emissions EVs with a car that also offers vegan “leather” and parts made of recycled tires and ocean plastics.

Pricing for Fisker’s Electric SUV is estimated to start at less than $40,000.  Courtesy of Fisker Inc.

But for all its popularity with the carmakers, CES doesn’t see nearly as many new models or concepts launched as a regular auto show. Nor are the manufacturers’ booths on the same grand, theatrical scale. Instead, the real value of this event lies in the countless tiny start-ups touting their automotive tech. I bumped into Daimler CEO Ola Kallenius three times as he stalked the halls of CES. Despite having an R&D budget in the billions, he told me that his teams will still spot trends and find suppliers just by coming here.

So, the tech on display at the tiny start-up booths may one day be in your Benz or BMW. What’s likely to make it first? Infotainment screens which run the full width of the cabin were a major trend this year: the Vision S had one, as did Audi’s AI:ME city car concept, which added eye control and which we took a world-first ride in. The production version of the well-received Byton M-Byte electric SUV also had one, and the Chinese maker says it will offer one as standard in all its cars, regardless of price.

The second big trend I noticed was LIDAR. These laser-based sensors build a 3-D picture of your car’s surroundings and are central to most autonomous driving systems. Despite the general acknowledgement that self-driving cars are still a long way off, LIDAR development continues apace. Having cost $75,000 each just a few years ago, simple LIDAR sensors launched at CES that can be made for $100. Even if the artificial intelligence that makes sense of LIDAR data isn’t up to driving the car itself yet, we’re likely to see LIDAR enabling sophisticated new collision avoidance systems, with luxury cars getting them first.

And lastly, Israel. From LIDAR to cybersecurity to smart traffic management, the Israeli tech scene seems to have every hot automotive topic covered, and this year’s CES was awash with Israeli start-ups. Your next car’s tech might owe as much to Tel Aviv as to Detroit or Munich. And the deal to include those innovations might well have been struck at this year’s CES.