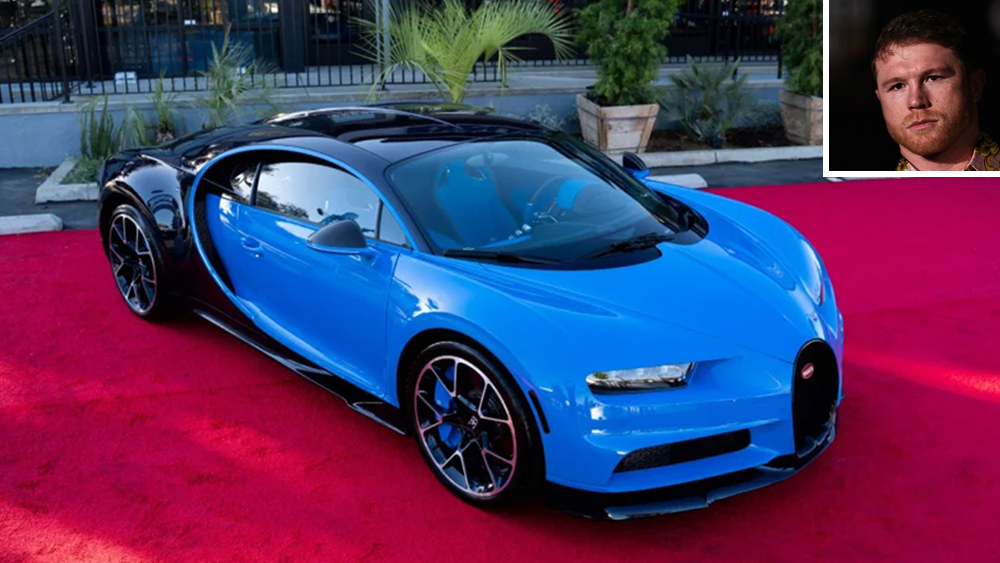 Canelo Álvarez doesn’t just have an eye for the right punch, he’s got one for cars too.

A 2018 Bugatti Chiron owned by the Mexican boxer was just listed for sale on duPont Registry. It’s unclear why Álvarez—who is considered to be one of the best pound-for-pound fighters in the world—is parting ways with the gorgeous hypercar, but based on the multiple appearances it has made on his Instagram over the years he’s certainly enjoyed his time with it.

The sales listing is short on specifics, but since the boxer’s Chiron was built in 2018, we know that it is either a standard model or the initial Sport variant. Whichever version it is, it, like all Bugattis, is special. The hypercar is finished in a two-tone color scheme that pairs Atlantic Blue with French Racing Blue, with the same colors carrying over to the interior.

In the engine bay, you’ll find a brawny 8.0-liter quad-turbocharged W16. It’s mated to a seven-speed dual-clutch transmission and is capable of churning out 1,500 horses and 1,180 ft lbs of twist. Performance numbers depend on what kind of Chiron it is, but at worst you’re looking at a car that can rocket from zero to 62 mph in 2.4 seconds and has a top speed of 261 mph. Not bad.

Álvarez ’s Chiron does appear to have been kept in great shape while in his possession. The listing says it was “always garaged” and is in “immaculate condition” both inside and out. There are also just 1,520 miles on the odometer, which suggests the car has been regularly driven but not pushed too hard since leaving the marque’s Molsheim factory.

Interested in taking the boxer’s Chiron off his hands. The listing asks for $3,899,995 or your best offer. It’s unclear how much room there is for negotiation, but either way expect to pay a hefty premium over the $2,400,000 the car cost originally. Considering who owned it, and also how few Chirons there are, that just might be a bargain.