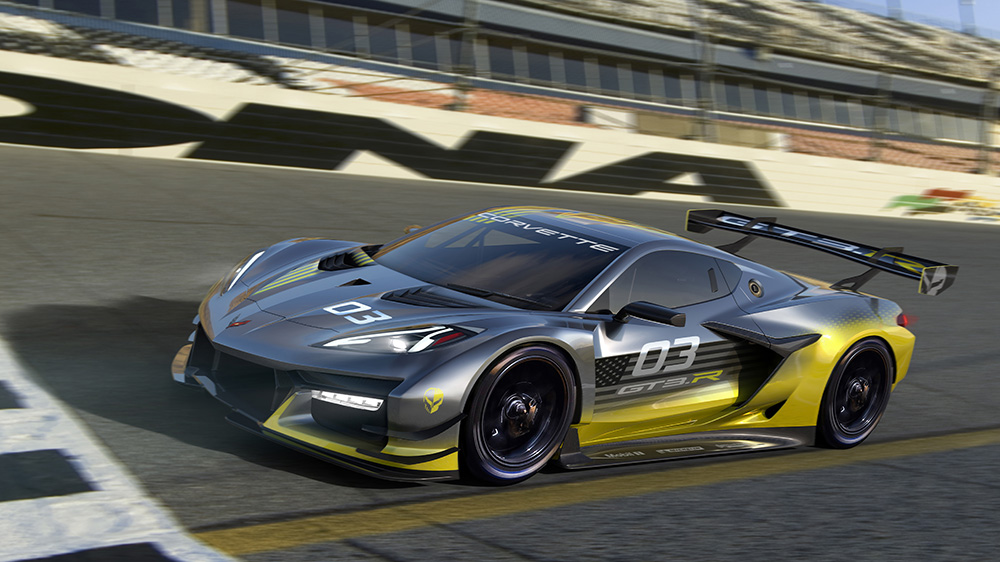 The Detroit automaker has just announced the second customer race car of the current Corvette generation: the Z06 GT3.R. The new mid-engine speed machine, which is based on the just-announced Z06 road car, will be available for purchase starting in 2024.

It’s only natural that the second C8 Corvette race car would be based on the Z06. Not only is the new variant the highest-performance version of the sports car currently available; it also features an engine based on the one in the first race car, the C8.R. That mill is a 5.5-liter flat-plane-crank V-8 named the LT6 that can produce an astonishing 670 horses and 460 ft lbs of twist and has a redline of 8,600 rpm. It’s also the most powerful naturally aspirated V-8 ever to ever features in a series-production vehicle.

The Z06 GT3.R will be equipped with a specially tuned version of the LT6. Because of GT3 racing series restrictions, the brawny mill will be restricted to between 500 and 600 hp, according to Car and Driver. That’ll make it less powerful than its street-legal counterpart, but it’ll still be able to move around the track at a decent clip. It will also feature the same chassis, which has been modified for track-only use.

The two Z06s will look similar, with a few track-style tweaks. The race car version will feature more aerodynamic elements, including a giant rear wing (one that was already spied during Nürburgring testing). As it’s still more than two years away, Chevy is keeping plenty of details close to the chest for now, but we wouldn’t be surprised to see some features from the C8 Corvette’s Z07 performance package—like carbon wheels and sticky racing-style tires—carry over. The Z06 GT3.R will be a true racing car, not just one in name only.

Customers will be able to start racing the C8 Corvette Z06 GT3.R in the IMSA WeatherTech Series and other GT3 racing series starting in 2024, the same year the car goes on sale. Just like the road car, no price has been announced yet, but we wouldn’t be surprised to see either start north of $100,000. Not bad as far as automotive dreams go.