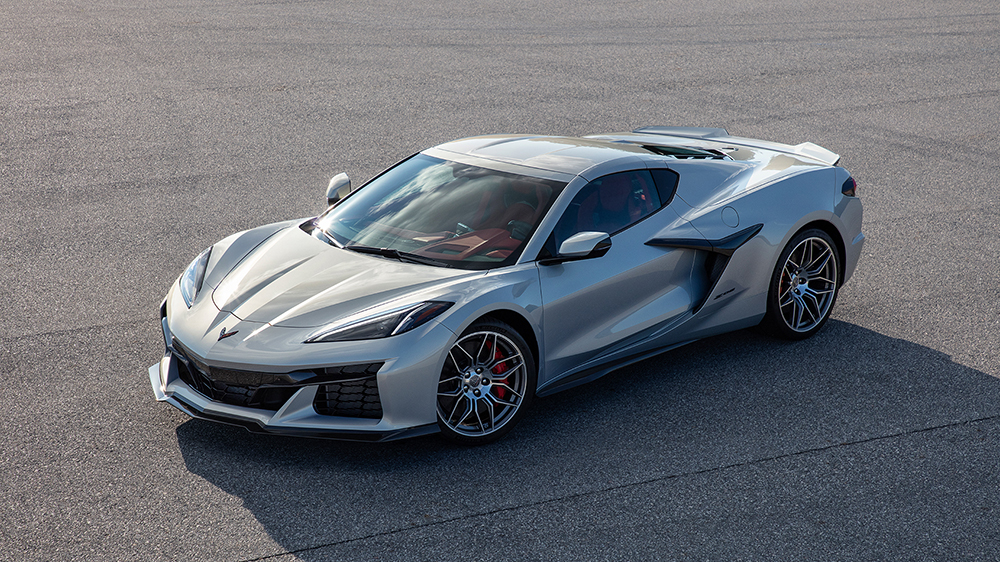 The Chevrolet C8 Corvette Z06 is almost here—and we’ve got the photographic proof.

The Detroit automaker released an official image of the first high-performance variant from the current ‘Vette generation on Monday, just two months after sharing what it would sound like. The marque also revealed that the car will make its full debut on October 26.

Now, this isn’t actually the first time we’ve seen the new Z06, but it’s the first time we’ve seen it undisguised. Previous glimpses of the mid-engine speed machine have all seen it covered in garish digital camo, including an image of the car being prepared for testing in Europe that was released last month. Monday’s image shows a car that looks similar to the base-level Stingray except for three key differences: an angular front splitter, more prominent side air intakes and a smaller-than-expected rear wing. Images and footage of the test mules have shown a much more prominent rear wing, which could mean that the Z06 will be sold in two trim levels.

It’s a good thing that a picture is worth a thousand words, because that’s all Chevrolet is sharing for now. We’re still left waiting for confirmation of what lurks beneath the hood of the sporty C8 variant. Previous reporting has suggested that the variant will be powered by a potent 5.5-liter DOHC flat-plane crank V-8 engine that can rev up to 9,000 rpm and produce 617 horses. That mill would be less powerful than the supercharged V-8 in the prior generation’s Z06, but still plenty more powerful than the 6.2-liter LT2 V-8 in the C8 Stingray, which generates 490 horses and 465 ft lbs of twist.

Luckily, we won’t have to wait much longer to find out. We’re less than a month away from the official debut of the 2023 C8 Z06, and we expect Chevy will have plenty of performance specs ready and waiting. Either way, if the Z06 catches your eye, you’ll want to move quickly. You wouldn’t want another production delay (or two) to force you to miss out on what promises to be a beast of a sports car.