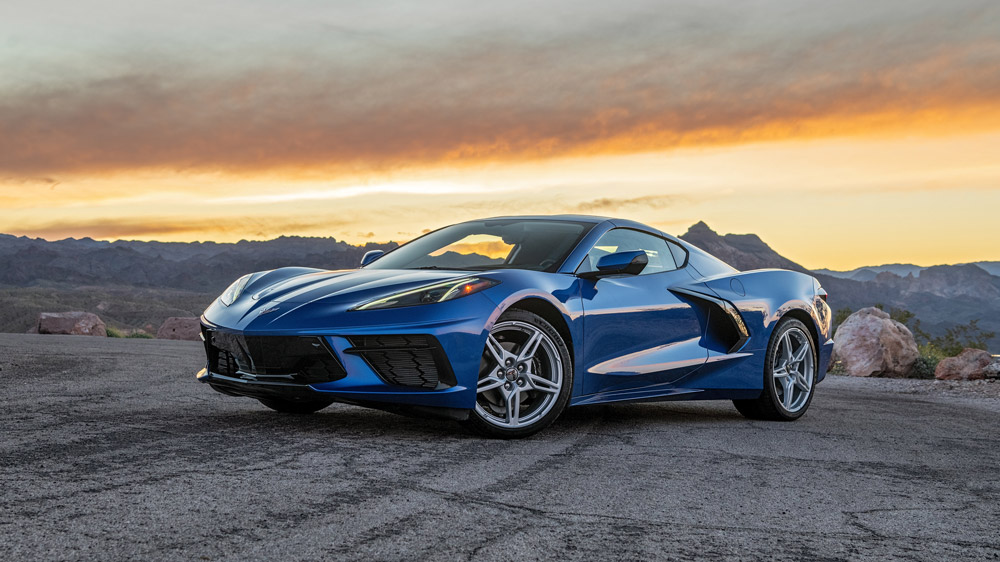 It may still have its naysayers, but Chevrolet’s first mid-engine C8 Corvette has some seriously impressive performance specs. Now, the sports car is about to get even more power, as the marque is set to introduce its first performance variant in 2021.

The Detroit automaker intends to release the Z06 version of the C8 sometime next year, reports Car and Driver. And while don’t know exactly what Chevy has in store for speed freaks, one exciting bit of news is that the car is all but assured to have 600 horses.

The first of several planned ultra-high-performance C8 variants, the car will be similar in spirit to the C6 Z06 that was produced between 2006 and 2013. But whereas that vehicle churned out 505 horsepower, the newer variant will produce more than 600 thanks to a naturally aspirated DOHC 32-valve 5.5-liter V8. That’s more than 100 more horses than the base model’s 495. Able to rev to between 8500 and 9000 rpm, the car will also sound more like a Ferrari than a Corvette, something sure to be music to enthusiasts’s ears.

While there are a lot of unknowns surrounding the upcoming Z06, the engine and general horsepower figure aren’t among them. That’s because the car will featured a detuned version of the same engine featured in the C8.R racecar, according to the magazine. Additionally, that beefy engine will be mated to an 8-speed dual-clutch automatic transmission that drives the rear wheels.

It’s unclear when exactly the C8 Z06 will arrive, but Car and Driver suggests it will go on sale in early 2021 as a 2022 model. Of course, the publication’s story was reported out before the coronavirus outbreak brought car production to a halt in the US and abroad. There are already rumors that the variant may be delayed as a result.

Of course, if you don’t want to wait around for the C8 Z06. Hennessy Performance Engineering is working on a heavily modified version of the sports car equipped with a “specially built” twin-turbo LT2 V-8 that could boast up to 1,200 horses.