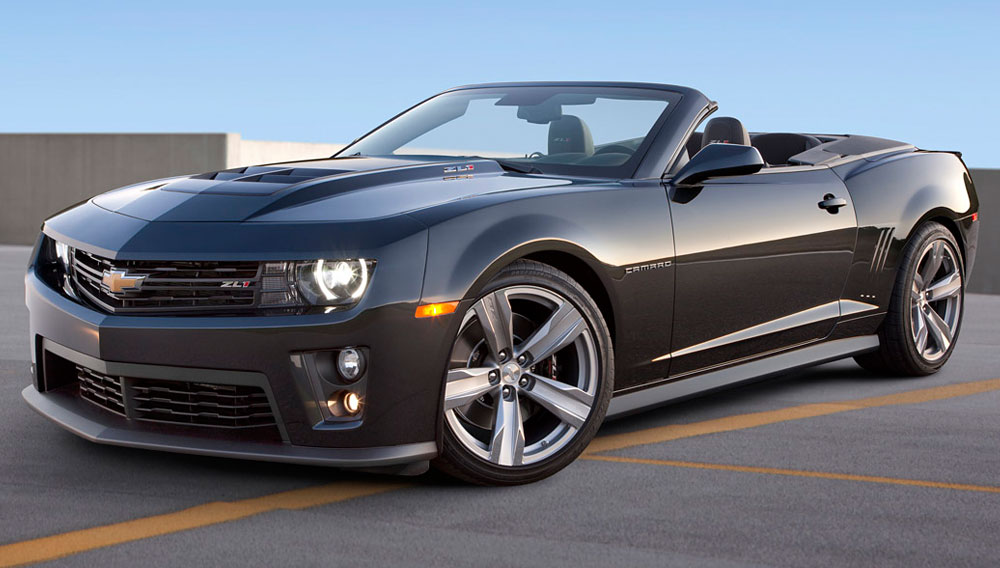 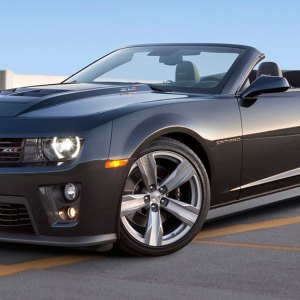 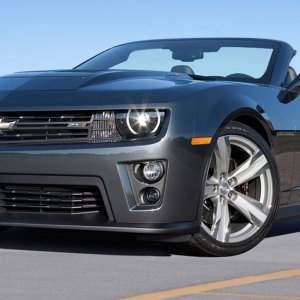 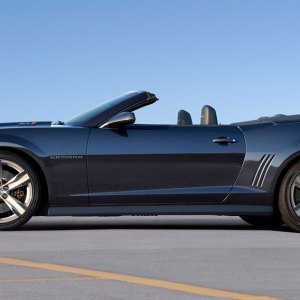 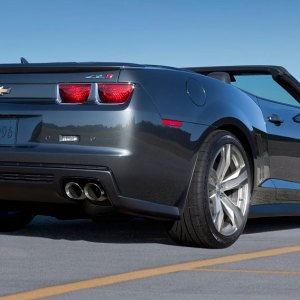 It seems that the horsepower wars are far from over. On the same day that GM unveiled the Chevrolet Camaro ZL1 Convertible at the Los Angeles Auto Show, Ford pulled the wraps off its 650 hp 2013 Shelby GT500—out-showing the Camaro ZL1 by a whopping 70 hp. While this may appear to be nothing more than a dog and pony show between two American manufacturers, Chevrolet has really pulled out all the stops to make its new muscle car happen.

The all-new Camaro model line from Chevy is less than three years old and yet the ZL1 already holds the title for the most powerful production car ever produced by the American automaker. Equipped with the same 6.2-liter V-8 engine found in the ZL1 coupe, the convertible puts out 580 hp, which (while pale in comparison to the Shelby GT500) is more potent than the 470 hp Aston Martin DB9 Volante, the 518 hp Mercedes-Benz SL63 AMG, and even the 560 hp Lamborghini Gallardo Spyder. So it comes as no surprise that the Camaro ZL1 is just as quick “off the line” as the Spyder from Italy; both cars reach 60 mph in less than four seconds. The convertible’s Performance Traction Management—first introduced on the Corvette ZR1—acts as a launch control to ensure that every start is a good one.

But for the first time in the brand’s history, this range-topping Camaro’s performance is more than just speed in a straight line and wind-in-the-face motoring. This fifth-generation Camaro was designed to accommodate a convertible model since day one, so Chevy set up four strategic reinforcements throughout the car to enhance the Camaro’s already-stiff body structure: a brace under the hood, a support for the transmission, an underbody tunnel brace, and additional braces under the front and rear of the car.

Only time will tell if the Camaro ZL1 will outsell the more powerful Ford Shelby GT500, but if the stats from 2010 are anything to go by—the Camaro outsold the Mustang for the first time since 1985—then we think this new Chevy has a fighting chance. The Camaro ZL1 convertible likely will be priced just below $60,000—the coupe starts at $54,995—when it reaches showrooms early this year. (800.950.2438, www.chevrolet.com)