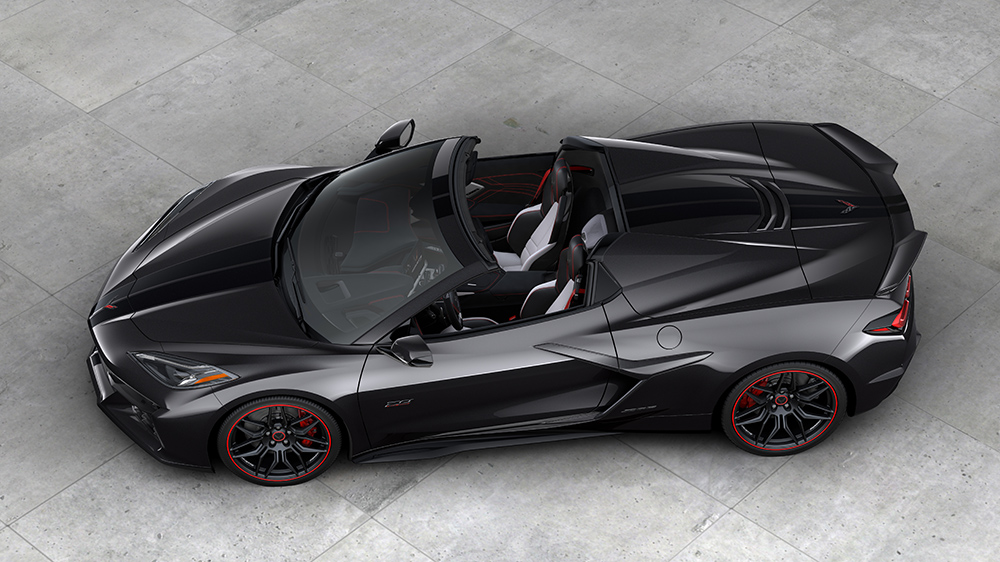 The Detroit automaker confirmed that it will release a 70th Anniversary Edition of its beloved sports car on Monday, days after inadvertently leaking its existence on its website.  The special trim package will be available on both versions of the C8 ‘Vette—the Stingray and the just-introduced Z06 high-performance variant.

The very first Corvette made its public debut at the General Motors Motorama way back in January 1953 and would go into production later that summer. The two-door roadster wasn’t an immediate hit, but the introduction of a V-8 powertrain in its third year helped turn things around. Nearly seven decades later, there have been eight ‘Vette generations, the most recent of which debuted in the summer of 2019. Now, it is one of the most popular and successful nameplates in American automobile history.

The 70th Anniversary Edition is really just a special trim package, so the differences between it and other Vettes are entirely superficial. There’s no denying that it looks sharp, though. You’ll be able to choose between one of two colors: all-new White Pearl Metallic Tri-coat or Carbon Flash Metallic, both of which can be accented with color-matched racing stripes (Satin Grey or Satin Black, respectively). Other exterior details include new wheels with a dark finish and Edge Red stripe on the outside, red brake calipers and special “70th Anniversary Edition” badging and Corvette crossflags. There’s also rear a new bumper protector and trunk cover.

The inside of the birthday-edition C8 looks just like any other, except for a few key differences. You’ll have your choice of two-tone leather GT2 or Competition Sport seats, both of which feature red contrast stitching, red seatbelts and suede microfiber inserts. There’s also 70th Anniversary Edition logos on the seats, steering wheel and door sills, as well as a plaque on the center speaker grille (this detail will be available on all 2023 Corvettes). Each car will also come with a matching luggage, which will come in handy next time you take the mid-engine speed machine on a road trip.

The 70th Anniversary Edition trim package will be available as an option on 2023 C8 Corvette Stingray 3LT and Z06 3LZ models, both of which are expected to go into production this spring and on sale later this year (the first example will be auctioned off by Barrett-Jackson before that). No price has been announced just yet, but you can expect it to be north of the standard-issue ‘Vette.