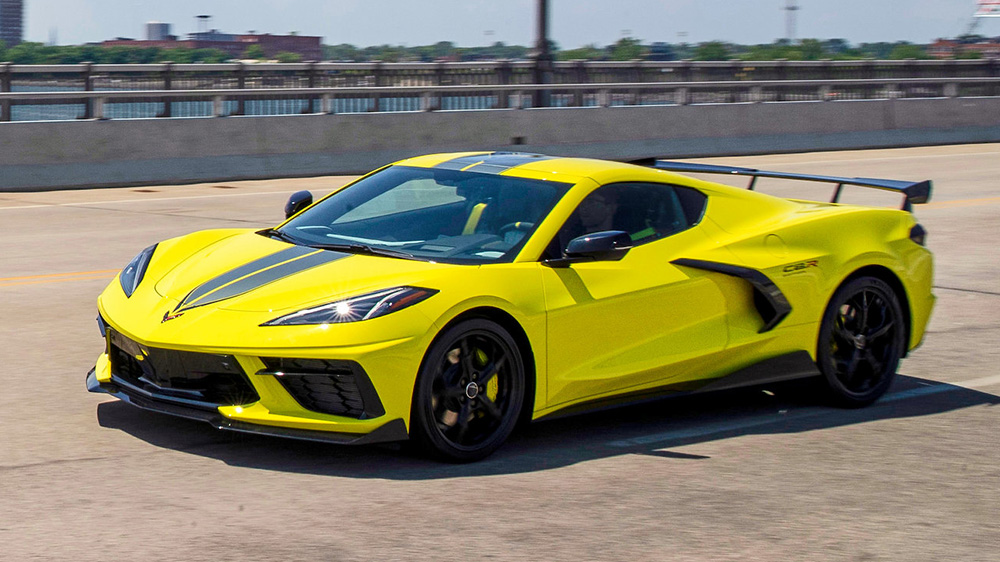 Corvette purists can breathe a sigh of relief. It appears that Chevy won’t be sacrificing power when it comes to the marque’s first electrified ‘Vette.

The shift to a mid-engine layout isn’t the only radical change the iconic sports car will undergo this generation, according to a report from Muscle Cars and Trucks. The Detroit giant is allegedly hard at work on a plug-in hybrid version of the C8 ‘Vette called the E-Ray, which sounds like it will bring enough grunt to sway even the most stubborn Corvette loyalists.

Previous reports have put the electrified sports car’s power at around 600 hp, but the publication claims its hybrid powertrain will actually generate 650 hp. The setup will pair the same 6.2-liter LT2 V-8 engine that’s in the C8 Stingray with a “e-booster” electric motor located on the front axle. The internal-combustion mill produces 490 hp, suggesting that electric motor will be responsible for an additional 160 hp or so. Thanks to the “e-booster,” the E-Ray won’t produce any emissions until it tops 35 mph. The motor could also improve its already impressive 2.8-seconds zero to 60 mph time, too.

The electric motor won’t be the E-Ray’s only first-time Corvette feature. As has previously been reported, the hybrid is also expected to feature all-wheel-drive for the first time in the nameplate’s history. A fixture on more and more EVs—including the Tesla Model S Plaid and Rimac Nevera—the ability to send power to both axles should help improve performance even further.

It should be noted that while rumors of the E-Ray have been circulating since shortly after the debut of the mid-engine C8, Chevy and parent company General Motors have yet to confirm its existence or even acknowledge the speculation. A representative for GM did not immediately respond to a request for comment from Robb Report.

We should have an answer sooner than later, though. Muscle Cars and Trucks report the E-Ray could be here as soon as 2023. If you can’t wait that long, another high-performance C8 variant, the Z06, is scheduled to debut this fall. That ‘Vette, which has already been confirmed and teased by Chevy, will be equipped with a 5.5-liter DOHC flat-plane crank V-8 engine that can produce up to 617 horses. Either way, it’s a good time to be a Corvette fan.