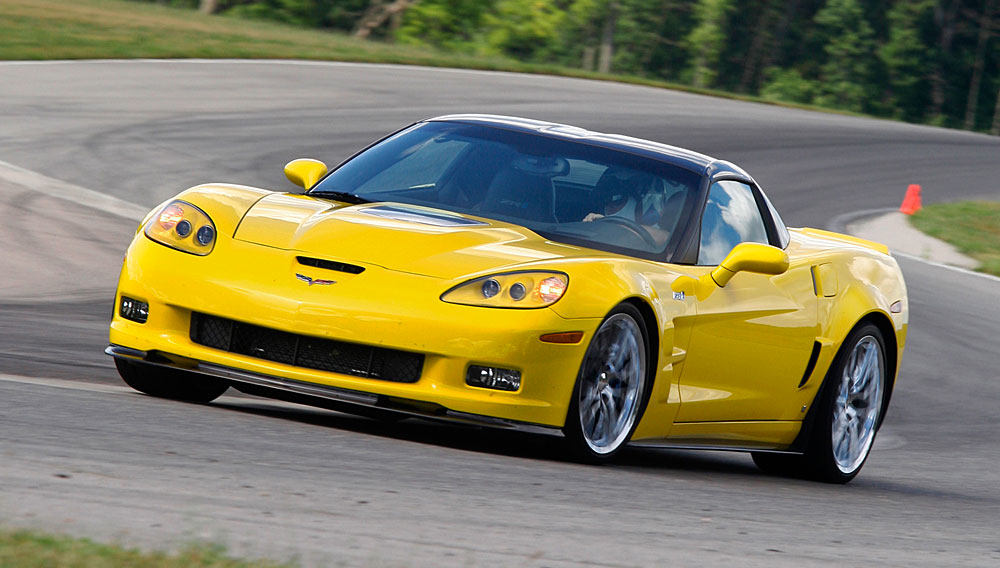 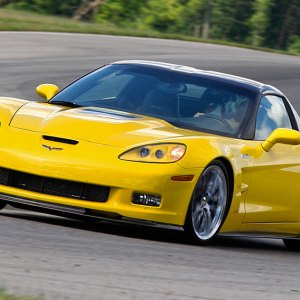 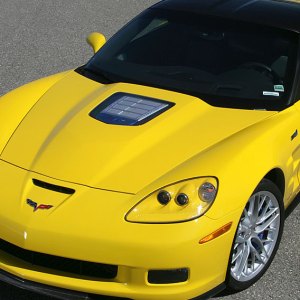 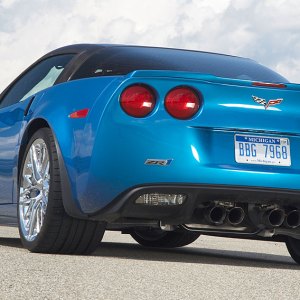 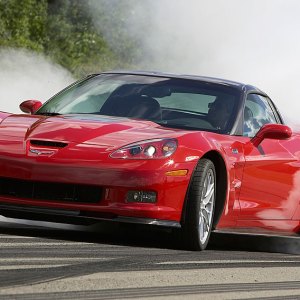 The Chevrolet Corvette ZR1 is the fastest, most powerful Corvette ever. The ZR1’s 6.2-liter supercharged V-8 engine, dubbed the LS9, produces 604 ft-lbs of torque, which moves the 3,324-pound car to 60 mph in 3.4 seconds. The pushrod motor also develops 638 hp, which accounts for the ZR1’s claimed 205-mph top speed. Carbon-ceramic brakes—often optional on many exotic supercars—are included as standard equipment. Externally, the ZR1 looks like a Z06 on steroids. A clear polycarbonate window on the carbon-fiber hood shows off the new engine, and a low front splitter, vented front fenders, and “Supercharged ZR1” badges differentiate the car from lesser Corvettes. Those in search of the real deal shouldn’t look any further than the Corvette ZR1.

Pros: Dodge Viper’s retiring in June 2010, so the ZR1 is unquestionably the only American super car in production.

Cons: Looks too much like the run-of-the-mill Corvette to stand out as something special.