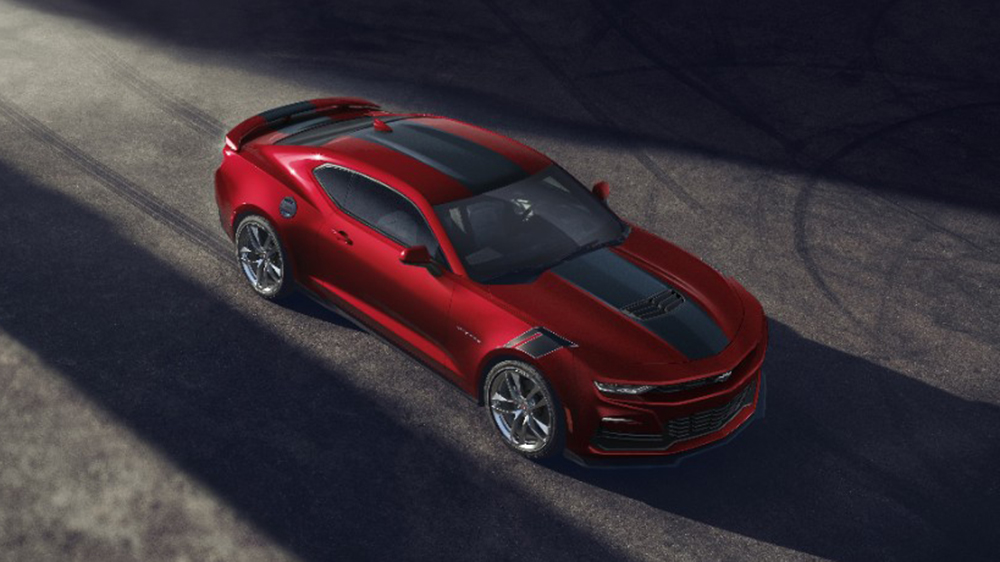 Dodge may be convinced the muscle car has a place our electric future, but GM seems less sure.

There had been some speculation Chevrolet Camaro might not make it past this generation, but the automaker is apparently at work on an electrified version of the vehicle, according to Automotive News (via Motor1.com). But the next iteration of the famous nameplate won’t be a performance coupé; instead, it sounds like it could be a sedan.

Despite several reports predicting its demise, the Camaro, it appears, will live on into the second half of the decade. The trade publication reports that the classic muscle car will do so with some some pretty dramatic changes, though. The first is an all-electric powertrain, which won’t surprise anyone paying attention to the industry. The second is a little less expected, though: The car will have four doors. If true, that would mark the first time the Camaro has featured more than two doors since its introduction way back in 1967.

A representative for GM told Robb Report the company would not “engage in speculation” about any new model.

Of course, this wouldn’t be the first time a muscle car changed class for its electric debut. The 2021 Ford Mustang Mach-E is an all-electric crossover SUV, after all (and a pretty good one at that). But what Chevy appears to be contemplating is different. The standard Mustang and Mach-E co-exist together in the Ford’s lineup, whereas the planned electric Camaro sedan would likely replace the muscle car completely. To be sure, it’s a bold move and one that will likely anger more than a few Camaro loyalists. Still, we imagine a fair number of diehards will feel that any version of the car is better than none.

As Chevy contemplates the future of its classic car, Dodge is moving full speed ahead into the electric era. Earlier this month, the Detroit marque announced it would unveil a fully electric muscle car in 2024. It’s unclear what name the vehicle will be—either Challenger or Chargerz—but the battery-powered speed machine will be built on a next-gen electric platform capable of churning out a beastly 886 hp, accelerating from zero to 60 mph in two seconds and driving 500 miles on a single charge.

Whether or not the Camaro becomes an electric sedan, one thing is sure: Speed freaks will have plenty of muscle to choose from in the electric era.