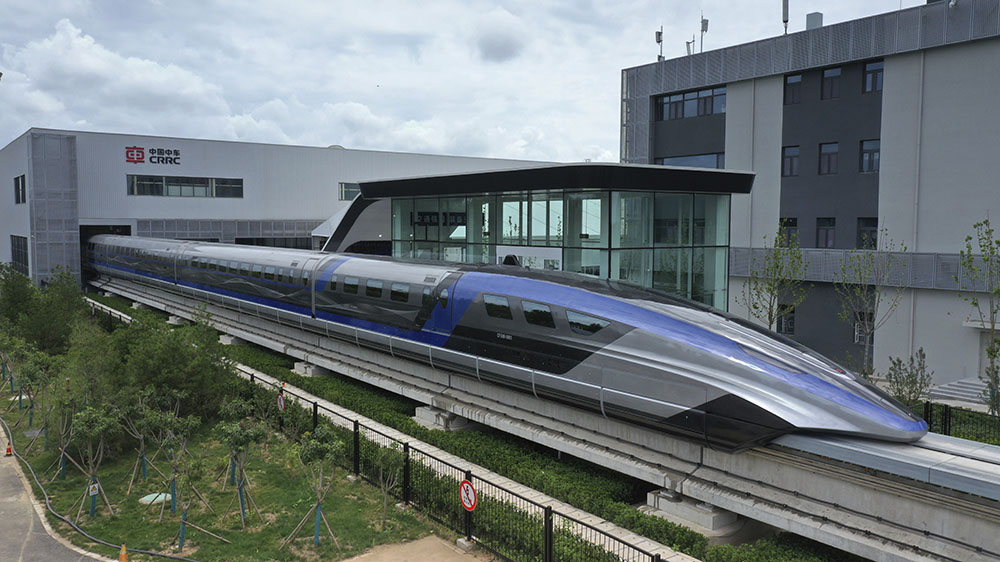 It took a couple years, but the world’s new fastest train has finally pulled into the station.

China Railway Rolling Stock Corporation unveiled the production version of its maglev bullet train in Qingdao on Tuesday, reports Reuters. State media says the train has a top speed of 373 mph, or close to half the speed of sound (767.29 mph).

That speed doesn’t just make it the fastest train in the world, it makes it the fastest land vehicle period. The bullet train is able to travel at such high speeds because of magnetic levitation. The technology uses electro-magnetic force to levitate the body of the vehicle less than two inches from the rails and propel it forward along the tracks. By riding on a cushion of air, friction is drastically reduced, allowing it to travel faster than traditional trains where wheels and rails are constantly in contact. Although China has made use of the technology for a couple decades now, it’s only ever been used at very limited scale. 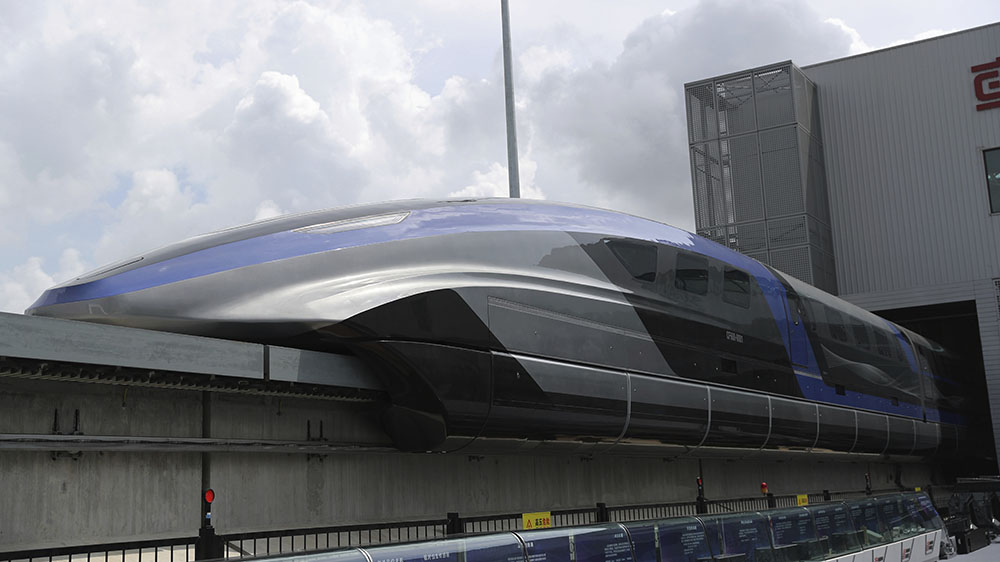 China Railway says its bullet train will drastically help cut down on travel time. At top speed, the vehicle will be able to complete the 754-mile trip between Beijing and Shanghai in just two-and-a-half hours, Reuters notes. That same trip takes just over three hours by plane, five-and-a-half hours by current high-speed rail options or 12 hours by car. That could make the train an especially attractive travel option for business travelers in the country.

It’s currently unclear when the new bullet train, which can pull between two and 10 passenger cars, will go into operation. The vehicle that the company showed off on Tuesday is the finished article, though, unlike the prototype the company unveiled in the spring of 2019.

Of course, the train’s record might not stand for long. The Central Japan Railway Company is currently testing a maglev train it says will be able to top out at 375 mph, according to New Atlas. But that isn’t expected to make its debut until 2027 at the earliest. That gives China plenty of time to refine and upgrade its bullet train and push its top speed even higher. Let the ultra-high-speed bullet train wars begin.