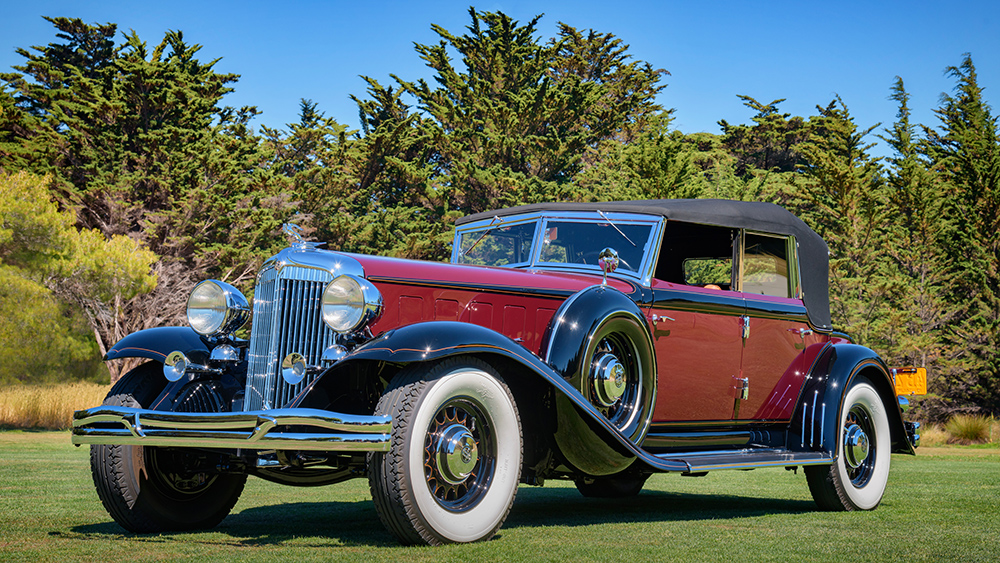 There were rare Ferraris and Shelbys vying for top honors at this year’s Hillsborough Concours d’Elegance, but it was an exquisite Chrysler that was awarded Best in Show.

The world’s longest-running concours, which took place June 26, saw more than 200 collectible cars and motorcycles spanning every era gather at the Bay Area’s Crystal Springs Golf Course. The highlight of the annual event, though, was a 1932 Chrysler Imperial LeBaron CL.

The 100-point ride won over a panel of esteemed judges from the international collector car world. It’s easy to see why, too. Not only is one of only six such models known to be in existence, but it was recently treated to a meticulous two-year restoration.

For the unversed, the CG Imperial was introduced by Chrysler in 1931 as a more affordable luxury car that offered both elegant styling and performance. A year later, the original CG was refined into the CL. Only a small number of CL Imperials, like the show’s winner, featured coachwork by LeBaron Carrossiers and the sought-after convertible body. Beyond looks, the four-wheeler had a solid amount of power, with a straight-eight producing around 125 hp. Quite impressive for the time.

“This presentation demonstrated truly exceptional and distinctive design combined with precedent-setting engineering,” Concours chairman Glen Egan said in a statement. “The 1932 Chrysler Imperial LeBaron CL is a perfect example of those characteristics and great selection for our most coveted honor.”

All up there were 17 dedicated judging classes, including Vintage Racecars, American Sports Cars through 1987, Japanese Cars and Vintage Motorcycles, to name but a few. The Chrysler in question won the American Pre-War to 1946 class, then beat the 16 other class winners to take Best in Show. A pristine 1937 Horch 853 Sport Cabriolet took top honors last year.

“We are deeply honored that Hillsborough judges selected this magnificent Chrysler, given the stunning cars that were on display,” owners Lorenzo and Susan Nannini added.

Other festivities of the 66th show included a salute to historic Route 66 and special displays honoring the 75th anniversary of Ferrari and the 60th anniversary of Shelby American. To top it off, organizers said there was a record attendance. After a year off in 2020 due to the pandemic, it’s good to see things at Hillsborough are back in full swing.