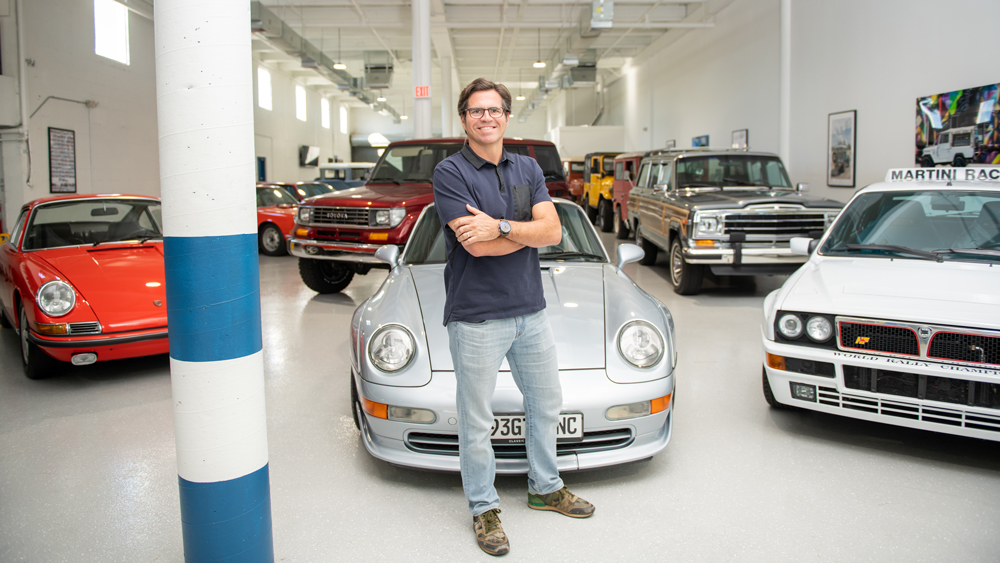 Now that pandemic-related restrictions are easing, in-person automotive meet-ups have sprung back to life. Case in point are the events associated with, and including, the 2022 Amelia Island Concours d’Elegance, which started March 3 and runs through March 6. The super-heated collectible car market, that recently set records in Scottsdale, Ariz., is likely to do the same in Florida, according to Juan Diego Calle, co-founder of Classic.com, a new website that acts as a global search engine for classic vehicle sales.

Calle, a tech entrepreneur and car enthusiast, was previously responsible for co-founding the FJ Company, a Toyota Land Cruiser–restomod shop. He recently shared with Robb Report his take on both the market in general and his favorite machines crossing the block at Amelia.

Due to continued problems with the supply chain, the car market for both new and used vehicles is booming. Once these issues are eventually resolved, do you think the collector-car arena will adjust or is this a new normal?

We could spend an hour on that alone. But just know that a number of things affecting the collector-car market are not going away. Mostly, the liquidity created by online players is here to stay and is a major driver of this trend. You can buy a car and quickly sell it using these venues. I personally think the winning model going forward is a hybrid between physical and online [auctions].

Are the increased prices for collector cars reflective of a strategy to hold a potentially valuable investment, or simply the desire to own and drive vehicles with distinctive provenance?

It’s both. On the one hand, we’re seeing a shift in the auto industry in general, with this move towards electric vehicles and autonomous driving. So I do think there’s an additional nostalgia kicking in, this feeling of “Let me get my hands on these ICE [internal combustion engine] cars because they’ll no longer exist at some point soon.” But, then again, one of the hottest classic cars on our website is the old Tesla Roadster [built 2008 though 2012]. It just shows you that the car hobby will continue to exist, though maybe in new forms.

In your opinion, what are some of the most desirable classic cars out there today, and why have their values shot up?

We’re seeing a great deal of interest in anything from the ‘80s and ‘90s, which clearly is a generational shift as people in their 40s and 50s see those vehicles as classics. Cars like the Porsche 993 and, even now, the 996 are seeing a lot of interest. The Land Cruiser market is very hot, cars that are utilitarian and that you can drive and enjoy with family.

Cars that are more museum items, they’re not seeing as much traction. Personally, when I’m hunting around, my checklist includes whether I can take my kids to school in it. For many buyers today, the car must be something you can have fun in and enjoy and drive, not simply collect.

Your new venture is essentially an auction-site aggregator. What need did you observe that led to founding Classic.com?

I’ve been in tech since my college years and have created and sold a few companies. In 2012, I started the FJ Company and suddenly I had to learn a lot about buying and selling cars. I saw that it was a big industry, between $30 billion and $50 billion annually, but there was no central place to see all the available inventory for a make and model—you had to search piecemeal. And the pricing of the cars seemed to be an obscure art.

We had an aha moment and asked, “why isn’t there a Zillow [a real estate app] for classic cars? It’s challenging from an algorithm standpoint because it has to understand model nuances, but our hope is that it helps people find that needle in a haystack.

Classic.com, an auction-site aggregator for the collector-car market.  Photo: Courtesy of Classic.com.

Do you think that the loosening of COVID-19 restrictions will lead to a greater field of collectors and even more intense bidding during the auctions associated with the Amelia Island Concours d’Elegance?

Absolutely. That was the case in Scottsdale recently, which saw amazing results and reaffirmed the importance of live events. You’re buying a physical item, and for many people, it’s a deeper experience to inspect a car and feel it live. So while online players have expanded the market, the winning model longer term is a hybrid of online and in-person [auctions].

A portion of the show lawn at a previous edition of the Amelia Island Concours d’Elegance.  Photo by Deremer Studios LLC.

Of the cars being offered at Amelia, which are you particularly curious about as far as their potential sales performance?

I’d start with the Mercedes-Benz 300 SL Gullwing, of which there are two for sale. I like the red one at RM Sotheby’s. Then I’d have go with the Porsche 993 Carrera 4S. The market for these air-cooled Porsches has been on fire, and it’s amazing to see four of them up for sale at Gooding alone. I like the white one. And then there’s a Porsche 550 Spyder. There’s only one for sale and they’re extremely rare, so keep your eye on how that car does at the Bonhams sale.

This 1955 Mercedes-Benz 300 SL Gullwing is estimated to fetch as much as $1.65 million at the RM Sotheby’s Amelia Island sale today.  Photo by Robin Adams, courtesy of RM Sotheby's.

What collector car would you purchase now?

I am very interested in a Ferrari 612 from 2005, but a manual version, not the F1 paddle shift. I believe Ferrari only made 99 of them, and it’s on the cusp of when these 12-cylinder vehicles may start becoming collectible. The F1 version sells for an average of $85,000, but the manual is more like $235,000. First I need to save up for one, then I need to find one.