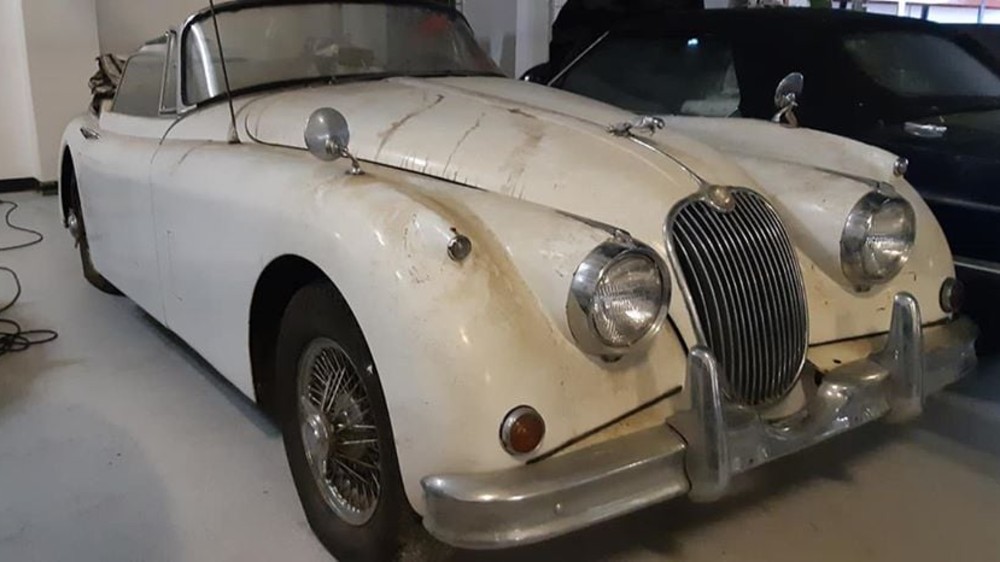 You never know where you’re gonna find a forgotten vintage car. In recent years we’ve seen long-lost vehicles discovered everywhere from suburban garages to old barns. At times it almost seems as if they grow on trees—or, at least in one case, a greenhouse.

That’s right, a treasure trove of classic Jaguars was recently discovered in a greenhouse in Beaulieu, England, reports Autoblog. And now that collection of over 30 vehicles is going up for sale, giving Jaguar aficionados a chance to purchase some cars no one knew still existed. And for those interested in starting a collection of the classic British sports cars, there’s probably never been a better place to start.

The exciting find was made by Beaulieu Garage who were called in to take a look at the collection of dilapidated cars last month. And while the majority of the newly discovered cars are in need of massive restoration work, they were all vintage Jaguars and mostly E-Types at that. Having worked out a deal with the owner, the garage now plans to clean the cars up and start putting them up for sale.

“We have spent this week recovering these cars and they are now at our storage facility,” the shop wrote in an update on its Facebook page. “Condition-wise there’s a few you could probably get running in a couple of days but most are more long term projects. All definitely need some work before they are put back on the road. We are still cataloging exactly what we have and will be posting the cars up for sale with lots of pictures soon so please follow us for updates.”

Some of the found Jaguars need more work than others.  Beaulieu Garage/Facebook

The first of the greenhouse finds to go up for sale is a left-hand drive 1960 XK150 3.8-Liter Drophead Coupe (pictured at top) that could be yours for £40,000 (about $52,700). Originally sent to the US, the cream-colored sports car, which has a sand-colored top and torn red leather interior, is in need of some work but remains a great example of one of the marque’s finest cars. Plus, the garage claims its the last of the model to have ever been produced in the classic paint scheme.

Though it happened an ocean away, the discovery calls to mind a collection of muscle cars that went up for sale in the US in late summer. Having been stored in a barn for decades, Coyote Johnson’s assemblage of vehicles may have been kept in slightly better condition, but the sale of 100 cars was the perfect way for a would-be collector to get going.