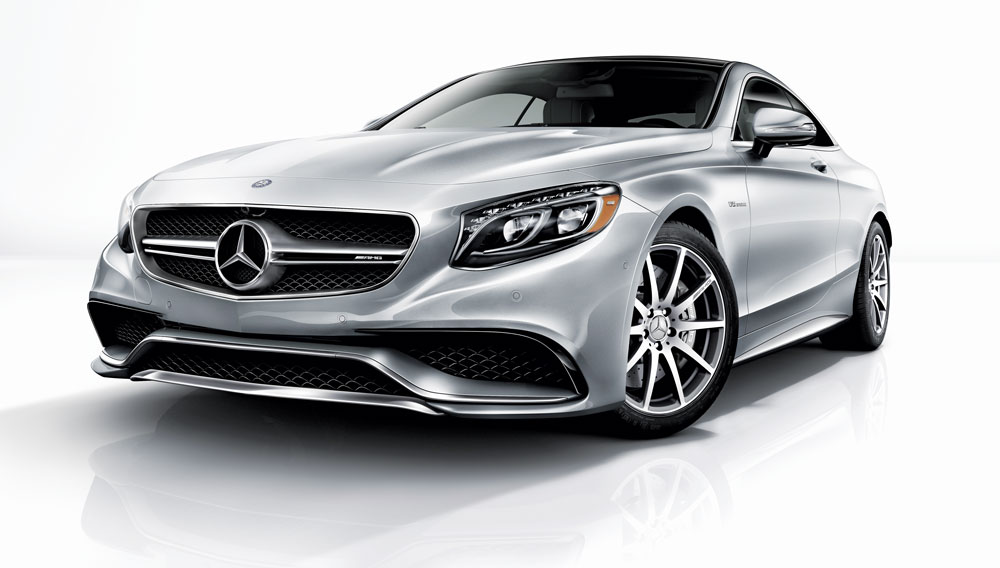 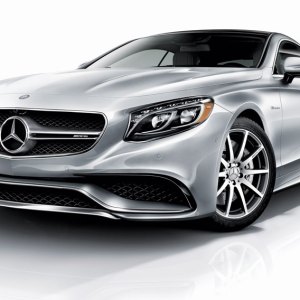 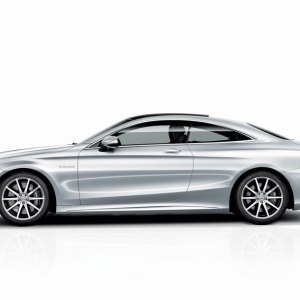 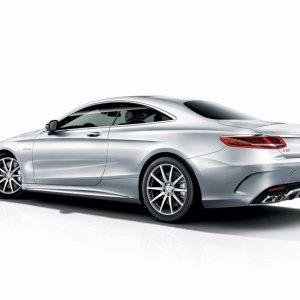 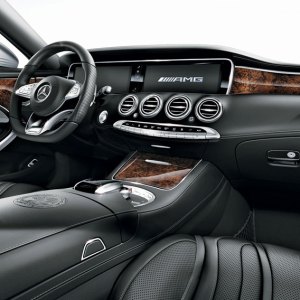 The Mercedes-Benz S63 AMG 4Matic Coupe is worthy of its flagship name.

The term S-Class is a shortened and anglicized version of Sonderklasse, which in German means “special class.” In addition to “special,” the S could also stand for “safe,” “serene,” or “sumptuous”—each of which describes the Mercedes-Benz models that have carried the S-Class moniker since 1972, when the company officially applied it to its flagship vehicles. The name has lent the cars an air of superiority over the brand’s more accessible offerings.

The new S-Class Coupe is the first two-door Mercedes-Benz to bear the Sonderklasse designation since the 1998 model year, when the S500 Coupe and S600 Coupe (previously known as the 500 SEC and 600 SEC) became the CL-Class (Coupé Leicht, or “coupe light”). The return of the S-Class name promises a special experience for drivers and passengers of the new two-door models, and the S63 AMG 4Matic Coupe, a high-powered variant that the company made available for a test-drive recently in New England, delivers on that promise.

The S63 AMG is the middle of three versions of the S-Class Coupe, which has replaced the CL-Class. It is priced at just under $161,000. The S550 4Matic Coupe is priced at just under $120,000, and the top-of-the-line S65 AMG Coupe costs about $231,000. The S550 Coupe debuted as a concept car in 2013 and was introduced as a production model last March at the Geneva International Motor Show. The S63 AMG Coupe was introduced a month later at the New York International Auto Show. All three versions are now at U.S. dealerships.

The S63 AMG Coupe displays many of the same design elements as the S-Class sedan, including the delicately tapered lines. But largely because of its shorter wheelbase, the coupe has a more aggressive-looking stance. Though each headlight contains 47 Swarovski crystals—17 for the daytime running lamp and 30 for the turn signal—the car’s overall form is restrained. The two AMG models are distinguished visually from the S550 Coupe by larger mesh-covered air intakes in the front apron with black airflow-channeling winglets. The higher-performance models also have a matte-chrome splitter and rear apron and sharply flared side sills with matte-chrome inserts.

The cabin of each is appointed with quilted napa leather, Alcantara, and expanses of smooth wood and cool-to-the-touch metal. The metal air vents, switches, and trim pieces are electroplated with what Mercedes-Benz calls a “silver shadow” material, which lends them a three-dimensional appearance.

Like essentially all Mercedes-Benz coupes of the last five decades, the S-Class Coupe models have no B-pillars, providing the driver and passengers with better sight lines. When the frameless doors are shut—gently with assistance from a soft-touch closure mechanism, or with a hard pull and a thunk—they form a seemingly impenetrable barrier of steel and dual-paned glass between the car’s occupants and the world outside.

The cabin is spacious and free of the clutter that an abundance of control buttons can create. Instead of pressing buttons and turning knobs to access the car’s electronics systems, you use the Comand wheel or the touchpad located in the center armrest. It can translate finger swipes into letters, numbers, or menu commands. The system works well for some tasks, such as adjusting the scale of the navigation screen, but changing the seat settings or switching audio sources requires a cumbersome scroll through multiple menus.

Like those of the S-Class sedans, the seats of the S63 AMG Coupe are outfitted with cushioning and bolsters that minimize strain on pressure points and encourage all-day driving. The seats are also equipped with a massage function that can include heat to provide a hot-stone-style rubdown. Mercedes-Benz furthers the spa-simulation theme with the S-Class’s fragrance system, a standard feature on the S63 AMG Coupe that periodically puffs scents into the cabin from a glove box–mounted atomizer. The company offers four different aromas—Nightlife Mood, Sports Mood, Downtown Mood, and Freeside Mood—or you can fill the atomizer with Acqua di Parma, Chanel No. 5, or any other fragrance you choose. Other features carried over from the S-Class sedan include heated front armrests and door panels and Magic Sky Control, which enables you to adjust the transparency of the glass roof in accordance with the sun’s brightness. The car is also equipped with a 13-speaker, 590-watt Burmester audio system.

The S63 AMG Coupe has all the cabin amenities of the S-Class sedan, and like the four-door, it conveys a sense of imperturbability when driven. However, it seems fiercer than the sedan. Powered by a biturbo 5.5-liter V-8 that generates 577 hp and 664 ft lbs of torque, the S63 AMG Coupe never feels encumbered by its 4,678-pound curb weight. Its seemingly effortless propulsion can be attributed to the quick- and smooth-shifting 7-speed multi-clutch transmission and the 4Matic all-wheel drive, as well as the hand-built engine, which is adorned with a plaque bearing the signature of the Mercedes-Benz worker who assembled it. The S550 Coupe’s 4.7-liter biturbo V-8 produces 449 hp, and the S65 AMG Coupe is powered by a 621 hp 6-liter V-12.

When loafing around town, the S63 AMG Coupe drives obediently and sedately, responding well to gentle nudges of the accelerator. Lay into the throttle, and the turbocharged fury arrives with a wallop, shooting the car forward with squeal-free acceleration thanks to the 4Matic drivetrain. Though the cabin is lined with plenty of sound-deadening materials, some of the engine noise penetrates the interior. This is intentional, say Mercedes-Benz engineers: Hearing the sound of the engine will remind you that this car has remarkable performance capabilities.

Mercedes-Benz claims that the S63 AMG Coupe can accelerate from zero to 60 mph in 3.9 seconds. (The S550 Coupe’s zero-to-60-mph time is 4.5 seconds, and though the S65 AMG Coupe’s engine is considerably more powerful than the S63 AMG Coupe’s, the car’s acceleration time is 4 seconds.) Based on the test-drive, the company’s claim seems credible. Because the S63 AMG Coupe is a relatively large car (more than 16.5 feet long and nearly 4,700 pounds), it reaches speed with less drama than some of the more compact sports cars that are capable of similar acceleration. When picking up speed, it feels more like a Bentley Continental GT or a Rolls-Royce Wraith than a Porsche 911 or an Audi R8.

Though the S-Class is usually associated with a buttery-smooth ride, the S63 AMG Coupe’s adaptive Airmatic suspension is biased toward road feel and responsiveness, especially in sport mode; the comfort setting enables more bump absorption and mitigation of other road-surface irregularities. The suspension provides plenty of grip in corners, enabling the S63 AMG Coupe to negotiate turns with a level of agility that is surprising for a car of its size.

The drivetrain’s sport mode sharpens the accelerator and transmission responses, though the paddle-shifter response time is not quite as quick as those of some sports cars. Then again, the S63 AMG Coupe is intended more for grand touring than apex carving.

Even after a full day of cruising along the forested back roads of Rhode Island and Massachusetts, the S63 AMG Coupe invited more driving—perhaps an all-night trip down the coast or a jaunt to New York City. Its combination of supercar power and luxury-car comfort is that enticing. As an inheritor of the S-Class name, the new coupe gains a level of refinement and elegance that the CL-Class lacked. It is a worthy complement to the stately S-Class sedan.