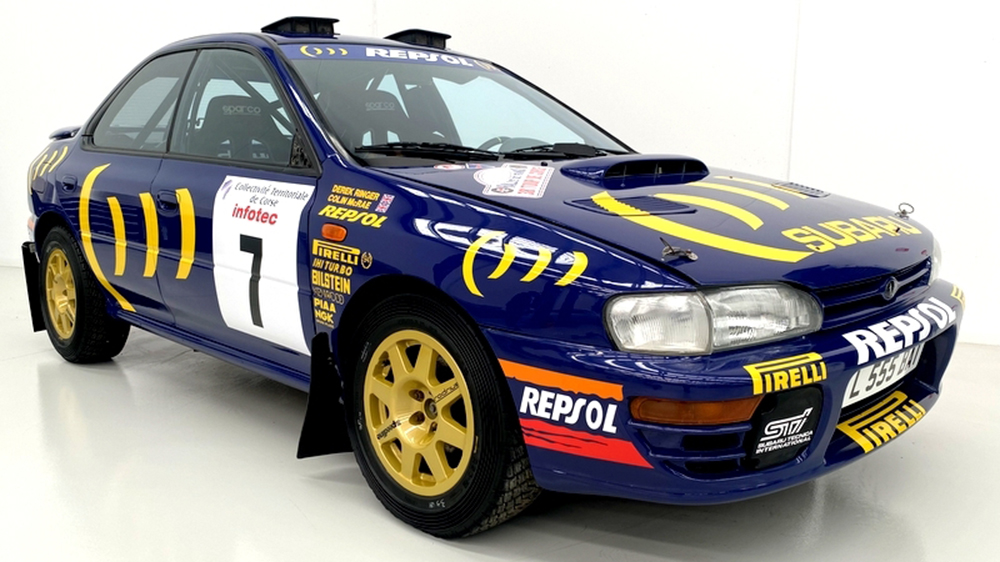 There have been some special barn finds over the years, but they rarely turn out to be a car piloted by one of the greatest race car drivers of all time.

A Prodrive Subaru Impreza rally car driven by the late Colin McRae was recently auctioned off by Lloyds Auctions for $360,000. The gavel price isn’t the most surprising part of the story, though. It’s that no one knew this car still existed until recently.

This particular racer is one of 63 Imprezas the UK-based Prodrive team commissioned from Subaru for competition in the World Rally Championship (WRC) during the mid-‘90s, according to the Australian auction house. It was used by the team during the 1994 season, when it was driven by McRae and Carlos Sainz Sr. Prodrive came in second in that season’s manufacturer’s competition and claimed victory at races in Greece, New Zealand and the UK. The car would be retired in 1996, at which point it was sold off. The Impreza has had three owners since then, the most recent of which was storing it in a barn in Victoria, unaware of what they were sitting on.

Inside the Prodrive Impreza  Loyds Auction

The unnamed owner had been hoping to get somewhere in the neighborhood of $10,000 to $14,500 for the off-roader. That’s not too shabby for a 25-year-old vehicle, even one beloved by rally car aficionados. But an inspection by International Classic Automobile Authentication & Rating System, determined that the car was actually one of the Prodrive Imprezas driven by McRae and Sainz. The car is completely unrestored, meaning it still bears all the wear and tear that comes with competing in the WRC. It’s also still equipped with a 2.0-liter boxer engine, manual gearbox and, most importantly of all, the car’s original blue racing livery.

McRae’s Prodrive Impreza sold to an unnamed collector late last month. That $360,00 is nice return for a banged up car desperately in need of a proper servicing. But it’s also apparently the going rate for decades-old Subarus driven by the  race legend.