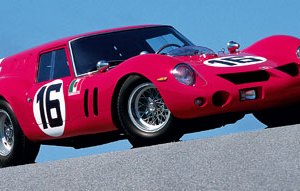 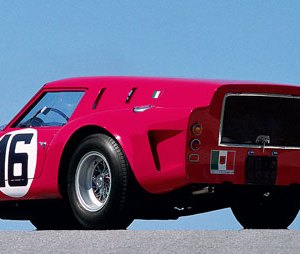 Born in the wake of the 1961 Palace Revolt at Maranello, the Breadvan is perhaps the most instantly recognizable Ferrari—for both its quirky name and radical silhouette. This legendary car will be auctioned by Christie’s on August 18 in Monterey and will carry a presale estimate of $3.5 million to $5 million.

Giotto Bizzarrini designed the Breadvan to defeat the magnificent Ferrari GTO, the very supercar he had penned for Enzo Ferrari before he and seven other employees were terminated because of a dispute over the increasing role of the owner’s wife in company affairs.

Shortly after their dismissal from Ferrari, Bizzarrini and three of the other fired employees went to work for Giovanni Volpi di Misurata, a young count, and his Scuderia SSS racing team. Volpi soon learned that Enzo did not easily forgive and forget; Ferrari personally rejected the count’s order for a GTO, prompting Volpi to create what Christie’s motor cars department head Rupert Banner calls the count’s “GTO killer.”

The count used one of his team’s lightweight competition cars, an SWB 250 GT Berlinetta (chassis number 2819), as the basis for the new creation. Race-bred, it had already placed second in the 1961 Tour de France and third in the 1,000-kilometer Montlhéry tour. Bizzarrini moved the engine back and down for better weight distribution and added such distinctive GTO features as six dual Weber carburetors, a dry-sump oiling system, and GTO wheels and tires. He also produced a chassis that was significantly lower than that of the GTO, and he added the tail that would inspire the car’s Breadvan moniker. This shape was based on the aerodynamic research of German professor Wunibald Kamm.

When he brought the car to Le Mans in the summer of 1962, Count Volpi encountered resistance from race organizers, likely at the behest of Enzo Ferrari. Although track officials tried to prevent the car from racing—they even made Volpi repaint it—it did compete, drawing the attention of French journalists, who dubbed it “La Camionette,” the Little Truck. The English-speaking press then came up with the rough translation that stuck: the Breadvan.

The car was blindingly fast; within a few laps it led all six GTOs and reached seventh place overall. However, after 30 laps—four hours into the 24-hour race—the car’s driveshaft broke, resulting in a Did Not Finish for the Breadvan. Fourth-place finishes at Brands Hatch and at the Ollon-Villars Hillclimb (and GT-class victories at both) and a third at Montlhéry followed the Le Mans DNF.

After one season of racing, Count Volpi retired the Breadvan and made it one of his road cars, marking the beginning of a colorful career among the aristocracy. One night in Monte Carlo, the count lent the car to a rideless guest, Giovanni Agnelli, who proved to be a practical joker. Agnelli directed his butler to paint the car black, because it reminded him of a hearse. The butler began from the rear of the car but ran out of paint three-quarters of the way through, whereupon it was returned to Volpi.This did not deter the count from lending the car again. In Saint-Tropez, playboy Gunther Sachs von Opel—once married to Brigitte Bardot—used the Breadvan to whisk a lovely brunette to the train station, right past a police car. After a high-speed chase, the police impounded the Breadvan for three days. The press misidentified Sachs’ lady friend as the ravishing Princess Soraya, former wife of the Shah of Iran, but Sachs never denied the reports, claiming “a gentleman dies but does not talk.”

The Breadvan has continued to wow auto enthusiasts in the hands of owners who have championed the car as a historic racer, a concours centerpiece, and an invited guest at several prestigious GTO reunions.

Driving the Breadvan is an exhilarating experience. A snarling beast at low rpm, the smooth powerband comes on above 4,000 rpm with the distinctive Italian V-12 sound that stops any conversation cold. The solid rear axle, true to its Le Mans design, enables the driver to drift through corners at speed. The four-wheel disc brakes provide ample control, making our drive around the Monterey Peninsula reminiscent of the great Pebble Beach Sports Car races of the 1950s.

But as enjoyable as the car is to drive, this is not why someone may part with as much as $5 million or more to acquire it. While Ferrari produced 39 GTOs, there is only one GTO killer.