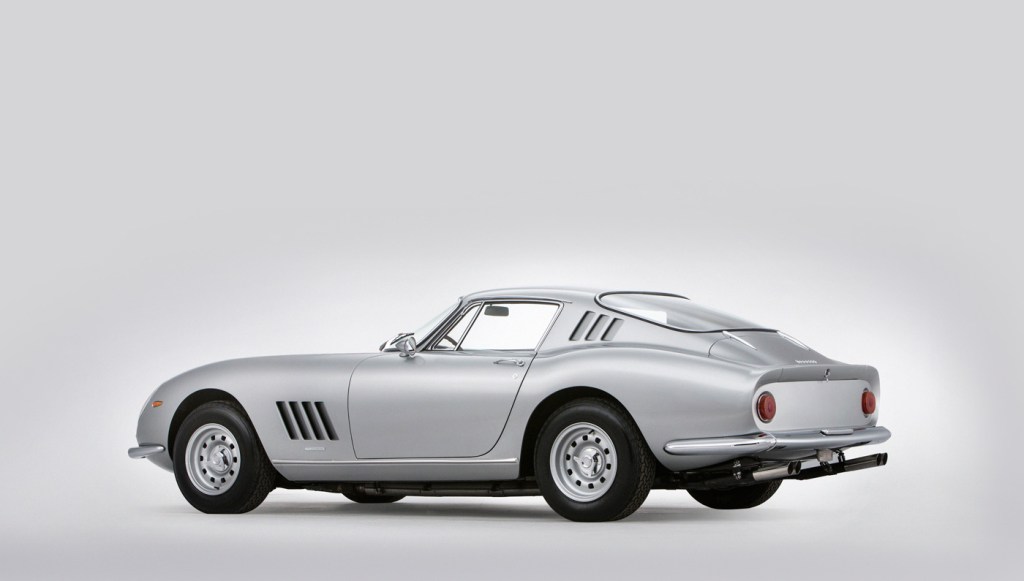 Cognoscenti of cars from the sixties are sure to converge at the 6th annual Bonhams Scottsdale Auction in Scottsdale, Ariz., on January 19, as a premier Porsche and Prancing Horse from that era will resurface for sale. Complementing the pair will be a lineup of more than 100 lots from different decades, all of which will get their turn to shine in the desert sun at the Westin Kierland Resort & Spa as part of Scottsdale Car Week.

Designed for competition, the 1964 Porsche 904 GTS on offer was the 98th example out of 106 built in total during the vehicle’s two-year production run. The line was developed to comply with Fédération Internationale de l’Automobile (FIA) GT classification to replace the Porsche 718. The first vehicle from the marque to feature a ladder chassis and a fiberglass body, the 904 was powered by a 198 hp flat four-cylinder engine mated to a 5-speed transmission. The power train allowed the racer to travel from zero to 62 mph in 5.5 seconds and reach a top speed of 157 mph.

In its debut year, the model won the Targa Florio and Reims-Gueux in addition to having five entries finish in the top 10 at Le Mans. The one brought to Bonhams, however, was raced very briefly before entering the stable of a European collector, where it stayed for almost 30 years. A key factor to the car’s estimated value of up to $2.5 million is that its original body, engine, and interior have been maintained to this day.

Another coupe expected to garner great attention will be a 1966 Ferrari 275 GTB in its original silver and black livery. The Pininfarina-designed pony was built by Carrozzeria Scaglietti and fit with a 3.3-liter Colombo V-12 engine. The latter enables it to cover zero to 62 mph in 6.2 seconds on the way to a top speed of 168 mph. Coming first in class at the Cavallino Classic, the long-nosed Berlinetta (being offered without reserve) has undergone an exhaustive restoration from Mototechnique and received certification by Ferrari Classiche—reasons that contribute to expectations it will fetch up to $3 million.

Bonhams’ Scottsdale Auction will take place from 11 am to 5 pm with bidding accepted in-person, by phone, and online. (bonhams.com)