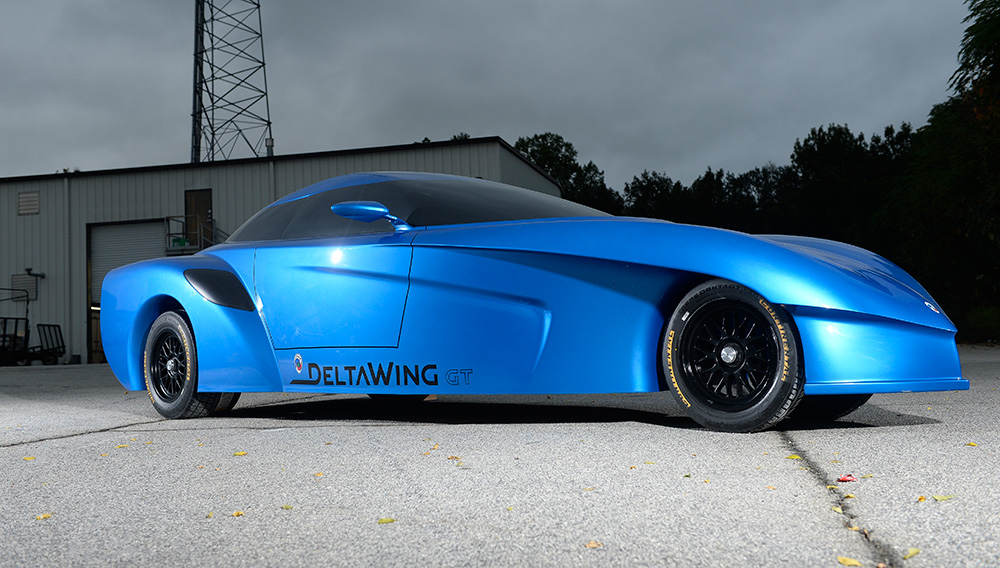 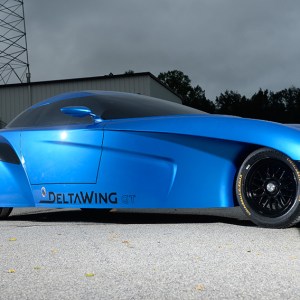 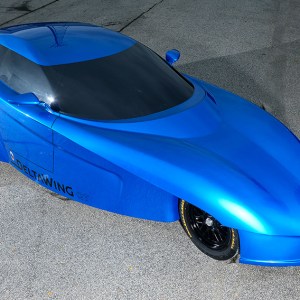 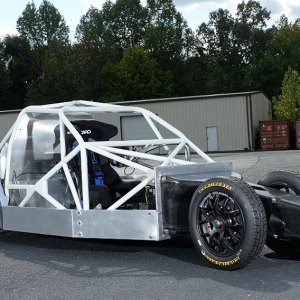 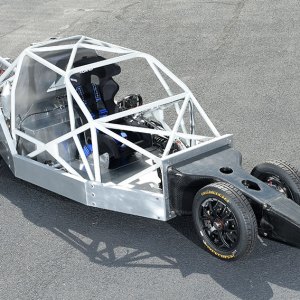 The future of the automobile industry may be shaping up in an unexpected way based on the look of the new Panoz DeltaWing GT concept car from the DeltaWing Technology Group. Part of racecar heavyweight Don Panoz’s plan to help automakers meet the new Corporate Average Fuel Economy (CAFE) standard of 54.5 mpg by 2025, the two-seater achieves fuel efficiency through its atypical architecture.

From a standard-size wheelbase at the back, the car’s body tapers to an extremely small front end. The patented configuration is more aerodynamic than traditional car designs and requires less material to construct—helping keep weight to a minimum. Seventy percent of its overall weight is distributed to the back end, due to the rear-mounted engine and the diminutive size of the suspension, braking, and steering systems at the front. The overall reduction in weight and drag requires less power and leaves a much smaller carbon footprint—producing up to 42 percent fewer emissions. Independent test results found that a four-passenger version based on the same template could get as much as 74 mpg on the highway.

But it is not just gas-reliant power trains that can benefit. Fitted with diesel, hybrid, or electric propulsion, the vehicle’s structurally innovative design translates to greater range on the road. This increase in distance was first proven in 2012 when Panoz entered the DeltaWing-designed Garage 56 racer in the 24 Hours of Le Mans race.

Along with the development of the street-legal GT concept, Panoz is working on a DeltaWing GT racecar that will weigh less than 2,000 pounds but be capable of carrying up to a 400 hp engine. Track testing is planned for later this year. Prototypes of both cars debuted at the Road Atlanta race center in Georgia earlier this month. (deltawingtech.com)