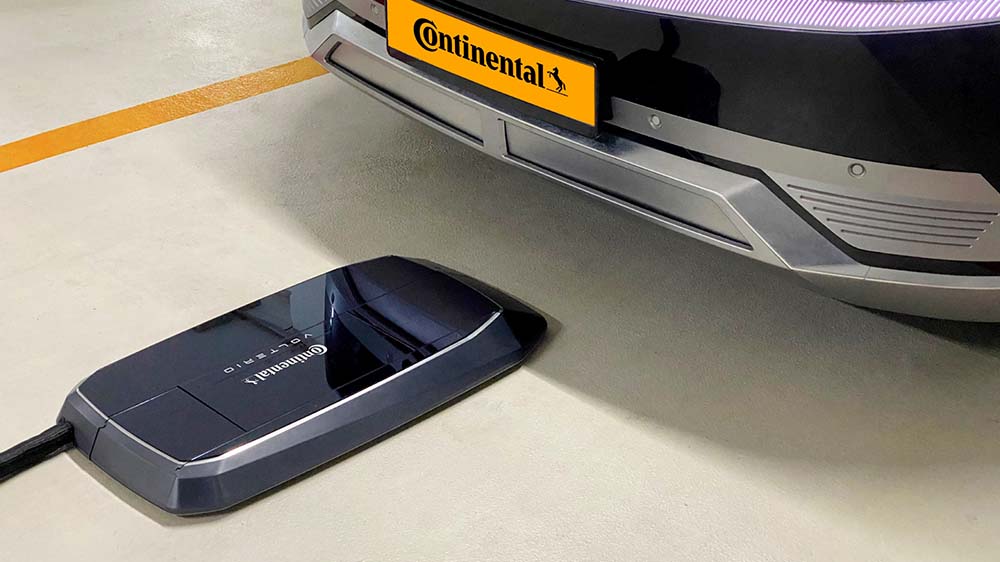 Continental may be a name that auto enthusiasts mainly associate with tires, but that could change in the very near future.

The German-based auto parts manufacturer is hard at work developing a robot that will make topping up your EV’s battery easier than ever before. Simply park your car on top of the machine, and it’ll take care of the rest for you, quickly and efficiently.

The robot, which doesn’t currently have a name, is the result of a partnership between Continental Engineering Services (CES) and Volterio. It’s not the first EV charging robot we’ve seen, but, as New Atlas points out, it’s easily the least goofy looking. That’s because the duo’s machine is simple and stripped down, consisting of just two major parts—a ground unit, which is installed on the floor of your garage, and a receiver that attaches to the bottom of your vehicle.

While the ground unit looks just like a wireless charging mat for your smartphone, the two parts of the robot must form a hard-wired connection to work. To do this, you drive over the ground unit, the two parts detect each other using ultra-broadband and then automatically form a physical connection, according to a press release. Wireless charging may be all the rage these days, but the hard connection between the charging unit and receiver reduces electrical loss and increases efficiency. You won’t have to park precisely for system to work, either; the two parts just need to be within 11.8 inches of one another for the link to be made and charging to happen.

“Our charging robot is a real step in the evolution of making electric mobility more convenient and suitable for everyday use,” CES managing director Dr. Christoph Falk-Gierlinger said in a statement. “With Volterio, we have the ideal partner for developing an efficient and simple solution for charging electric vehicles.”

While Continental’s charging robot is still in the prototype stage, a near-production version is expected to make its debut later this year. We don’t know how powerful the system will be—a fast-charging version is said to be in the works for public spaces—but it will be compatible with your home electrical system.

Home EV charging looks like it’s about to get a lot more convenient.