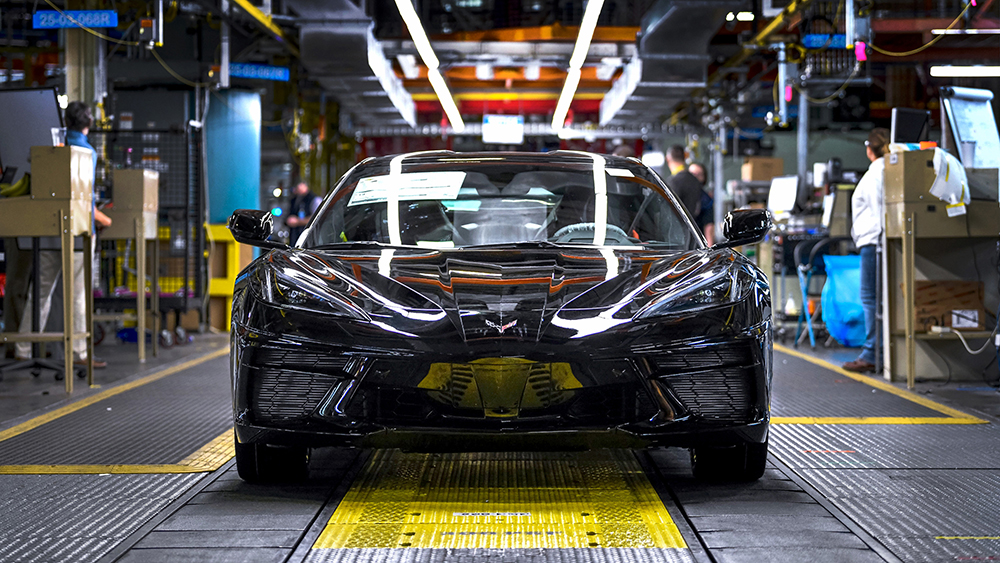 A 2020 Chevrolet Corvette Stingray coupe rolls off the line on February 3, 2020, at General Motors Bowling Green Assembly in Kentucky.

Corvette diehards, your patience has finally been rewarded. Chevy’s parent company General Motors has just announced that the first 2020 Corvette C8 has rolled off the line.

GM spokesperson Chris Bonelli told Robb Report the eighth-generation ‘Vette has hit the assembly line today, and the news couldn’t have come a day sooner. In fact, car nuts have literally been stealing wheels off rogue models in the streets out of sheer desperation.

If you haven’t been keeping tabs, it’s been a rather bumpy road to release for the highly anticipated American sports car. First announced last July in California, the next-gen Corvette generated a ton of hype because its mid-engine design. After 67 years of production, the C8 is the first to boast the setup.

The car was expected to start shipping at the end of 2019, but things screeched to a halt following the 40-day United Auto Workers strike last fall. Amid those bumps, production of the new model was delayed by a few months, but it will finally commence at the Bowling Green, Kentucky factory today.

One person who must be quite pleased is Rick Hendrick. Earlier this month, the collector and owner of NASCAR team Hendrick Motorsports dropped an eye-popping $3 million—50 times the retail price of $59,995—on the very first C8 at Barrett-Jackson’s Scottsdale auction.

If you’re wondering what all the fuss is about, let us remind you what the C8 is packing. Fitted with a new 6.2-liter V-8, it is capable of producing 495 hp and 470 ft lbs of torque. With the optional Z51 performance package, it can reach 60 mph in less than three seconds, making it the fastest Corvette ever made.

On top of that, the C8 boasts a new look that sets it apart from its predecessors. The Corvette’s standard long nose and swooping curves have been replaced by lines that emulate European comrades, like Lotus or McLaren. Yet the car is still clearly a Corvette.

Sound like your cup of tea? You can preorder the 2020 Corvette C8 on Chevy’s website and, hopefully, it’ll be in your driveway shortly. In the interim, you can watch the marque’s two-part documentary Revolution: The Mid-Engine Corvette Story (below) for a behind the scenes look at the production process through the eyes of the team that brought it to life.