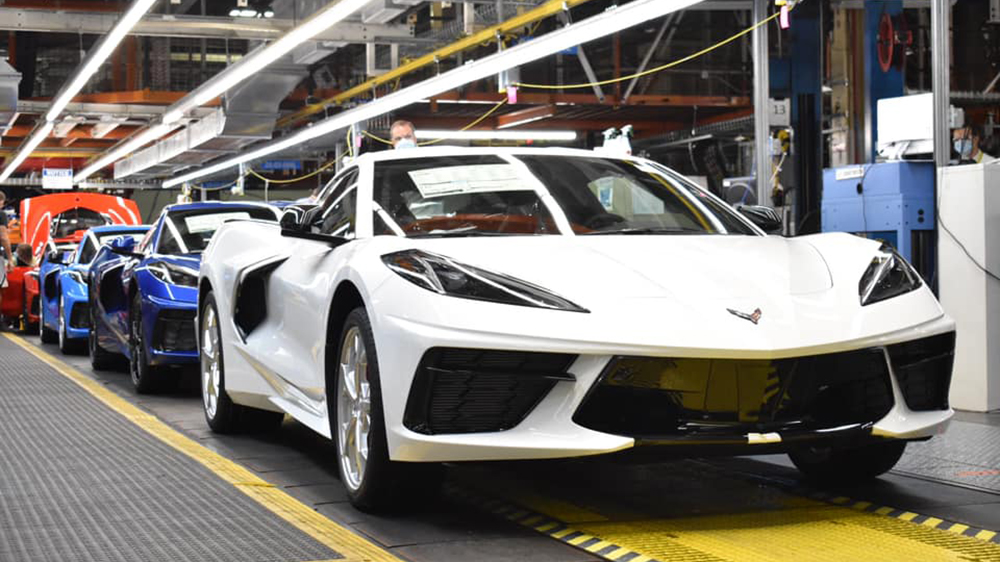 It’s taken 67 years but the Corvette has hit an important milestone. As of last Friday, 1.75 million examples of Chevrolet’s famous sports car have rolled off the production line. And now the landmark American icon can be yours, and for the shockingly low price of $200.

The 1,750,000th Corvette will be raffled off by the National Corvette Museum in Bowling Green, Kentucky. The historically significant car, an homage to the first version of the speedster, will be raffled off in early September as part of the museum’s 26th-anniversary celebrations.

The special Corvette is the mid-engine C8 with the top-of-the-line 3LT trim package, according to a Facebook post from the museum (via Motor1.com). It’s finished in Arctic White with an Adrenaline Red interior, just like the first Corvette, which was finished in Polo White and had a red cabin. But there’s more to this ‘Vette than its striking appearance. It’s also equipped with the Z51 performance package and a number of tantalizing extras, including the front lift adjustable height system, engine appearance package and five-trident spoke machined-face sterling silver aluminum wheels. The entire package is valued at over $80,000.

“This type of milestone only comes around every 10 or so years for Corvette,” said Kai Spande, plant director of the Bowling Green factory where the Corvette is built. “For this landmark achievement to also be one of the early mid-engines is just awesome for us and for our customers. It’s an amazing time to be part of the Chevrolet brand.”

Having been completed last week, the milestone C8 will be on display at the museum until the raffle is held next month. Joining it are another couple of historical models, including the one-millionth from 1992 and number 1,500,000 from 2009.

The latest landmark Corvette will be auctioned off on September 4. The museum, which has raffled off historic Corvettes before, plans to sell 1,500 tickets at $200 each through its website. As of press time, 369 tickets are still available.