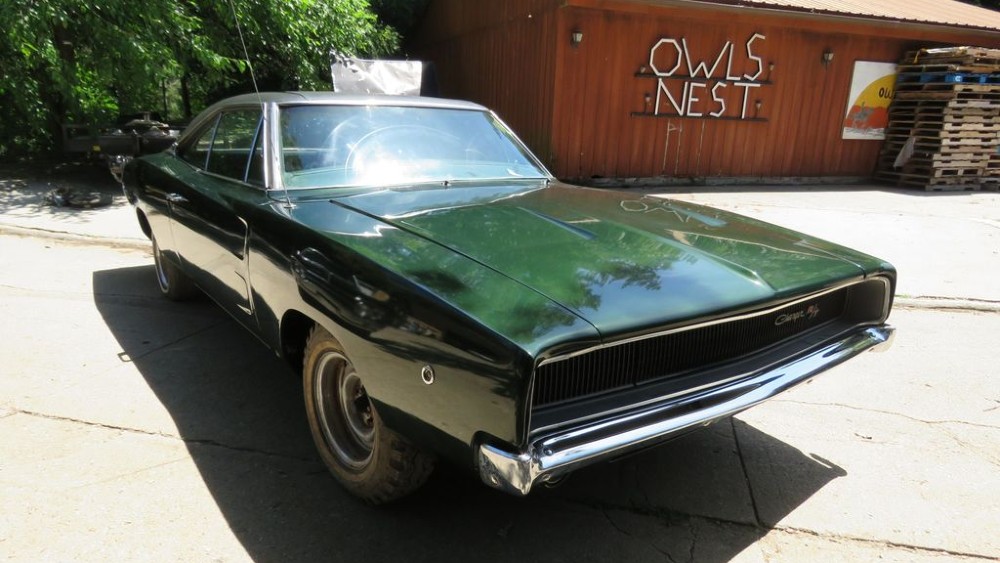 Since its introduction in the 1960s, the muscle car has become one of America’s greatest contributions to automotive history. Even collectors who would normally turn their nose up at American marques have fallen for vintage Mustangs, Camaros and Challengers. But why stop at adding one muscle car to your collection when you could pick up a dozen, or even more?

Later this month, the bulk of collector Coyote Johnson’s muscle car collection is set to hit the block via Minnesota-based VanDerBrink Auctions. The auction will consist of 93 cars from Johnson’s personal, decades-in-the-making roster of powerful behemoths, giving collectors the chance to basically add any make or model of muscle car to their collection.

Johnson’s collection began to take shape over 40 years ago when he bought his very first car, a 1969 Plymouth Road Runner. Since then, he’s quietly amassed a massive set of 113 of the very best and most powerful vehicles ever to come out of Detroit, including Chargers, Impalas, GTOs, Chevelles and Trans Ams. During that time, the cars have mainly been stored in five sheds on Johnson’s property in Red Oak, Iowa, but now he’s decided it’s time to pare things down to a more manageable 20.

“There’s always a time for everything,” he told the Des Moines Register earlier this summer. “Sometimes it’s hard to admit you gotta do things in life where, you know, you don’t want to pass a mess onto your kids. I’ve got one daughter. I really wasn’t enjoying ’em like I wanted to and I’m getting old.”

Johnson’s collection will be auctioned off at the Montgomery County Fairgrounds in Red Oak on Saturday, September 14. But even those who don’t find themselves in rural Iowa will be able to bid online through VanDerBrink’s website. Check out some of the highlights below: