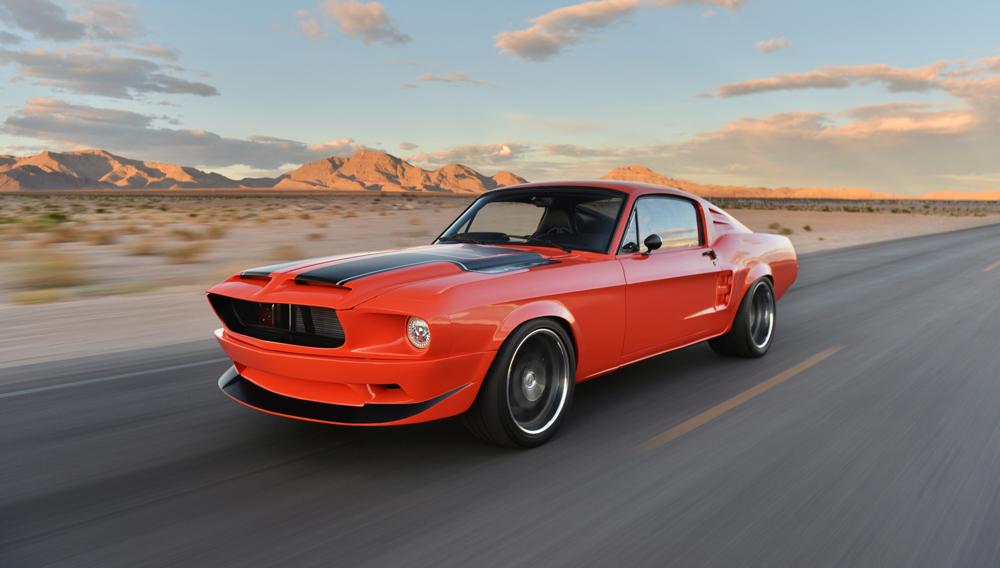 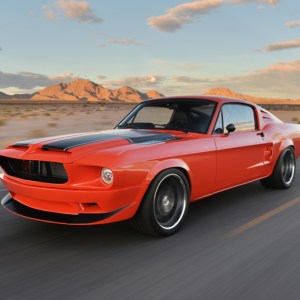 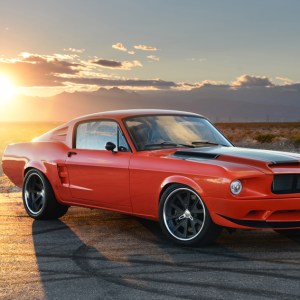 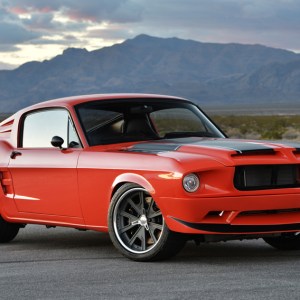 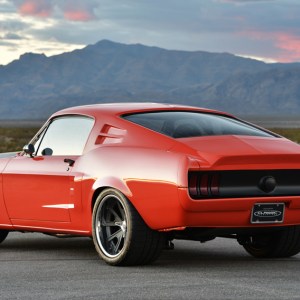 The Villain—the newest custom car from the CR Supercars subdivision of Classic Recreations—is an extensively reworked 1968 Ford Mustang GT390 fastback, the U.S. sports car that became legendary after costarring with Steve McQueen in the 1968 film Bullitt.

Using an original Mustang as a platform, the team at CR Supercars strips the car down to its core shell and creates new composite bodywork using a 3-D mold-making technique. The new body reduces aerodynamic drag and cuts weight, and its updated power train, suspension, and braking components bring the car’s performance into the 21st century. Under the hood, the Villain is equipped with a 475 hp Ford Racing 5.0-liter Coyote V-8, a Tremec T56 Magnum 6-speed transmission, and Corvette-based suspension components. In total, it takes 2,500 hours of work to complete each custom-order Villain.

Inside the Villain’s cabin, period-correct instruments and gauges suggest that the car’s soul has remained intact (though behind that seemingly quaint switchgear is fully modern, reliable hardware). The Villain complements its nostalgic styling with brutal, yet surprisingly capable road manners. The beastly V-8 delivers explosive acceleration accompanied by a screaming engine note, and the handling is considerably crisper than anything offered in 1968—though the Villain’s strongest skill is arguably the ability to turn heads thanks to its imposing stance. Especially when finished in orange with black trim, the Villain reminds us of what we love best about classic and modern muscle cars alike: their ability to inspire a strong emotional reaction. (crsupercars.com)