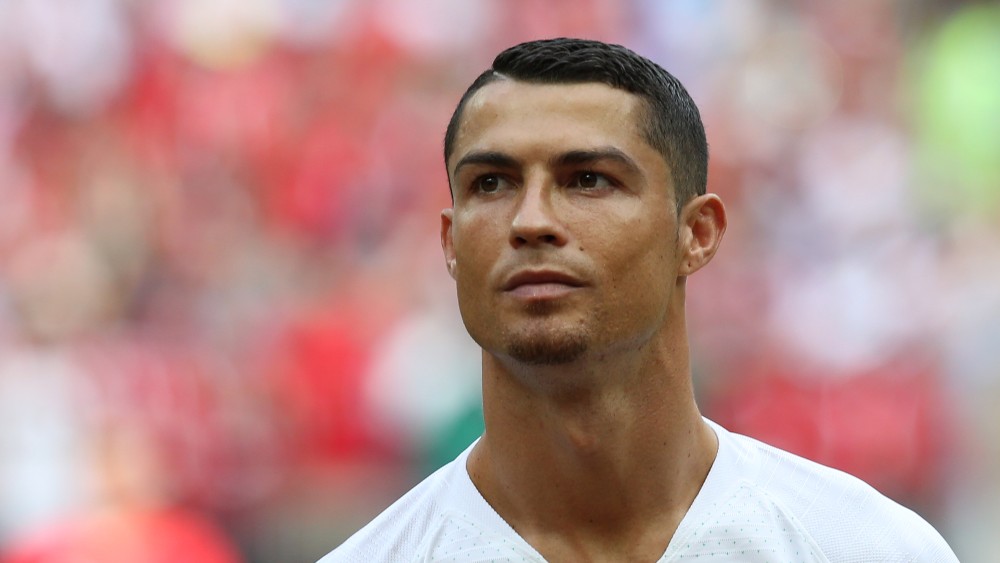 A Spanish sports paper called Marca has published a story claiming that soccer superstar Cristiano Ronaldo was the man behind the winning $12.5 million bid for the Bugatti La Voiture Noire—”The Black Car”—after the one-off hypercar debuted in March at the Geneva Motor Show. Bugatti executive Stephan Winkelmann did note that the vehicle had already been purchased at the time of its unveiling, but declined to reveal the identity of the purchaser. “There will never be another, Winkelmann said, adding, “I’m pleased to tell you that it has sold for €16.7 million.”

The only catch? It wasn’t Ronaldo. His spokesperson told TMZ, “The story isn’t true. He has not bought it.”

It wouldn’t be too far of a stretch to assume Ronaldo had, however. The Portuguese striker has a serious affinity for pricey supercars, including Bugatti in particular. He’s got at least 19 cars in his garage, including a Bugatti Veyron, a Bugatti Chiron, a Bentley Continental GTC, a Bentley GT Speed, a Ferrari 599 GTB Fiorano, a Ferrari 599 GTO, a Ferrari F430, a Porsche 911 Carrera 2S, an Audi R8, an Audi RS6, a Lamborghini Aventador LP 700-4 and a Rolls-Royce Phantom. After spending more than $7 million on wheels, his taste is admirable, save one Maserati GranCabrio wedged in there.

The auction for La Voiture Noire was a secret one, allegedly, only available to top Bugatti clients, so it’s unclear who actually won, though there have been reports that the 8.0-liter turbocharged W-16 road rocket is actually headed to Ferdinand Piech, the former chairman of the Volkswagen Group, which owns Bugatti. Boxer Floyd Mayweather is also a giant fan of the French supercar maker, so TMZ throws his name into the fray, though his Instagram feed indicates he doesn’t buy any car quietly, so if it indeed was headed his way, he’d likely already have told the world.

We’ll have to wait a few years to find out the answer. The model shown at Geneva wasn’t functional and Bugatti needs a few more years to produce a working vehicle, so we’re looking at a 2021 delivery to reveal the most expensive car in the world’s owner.