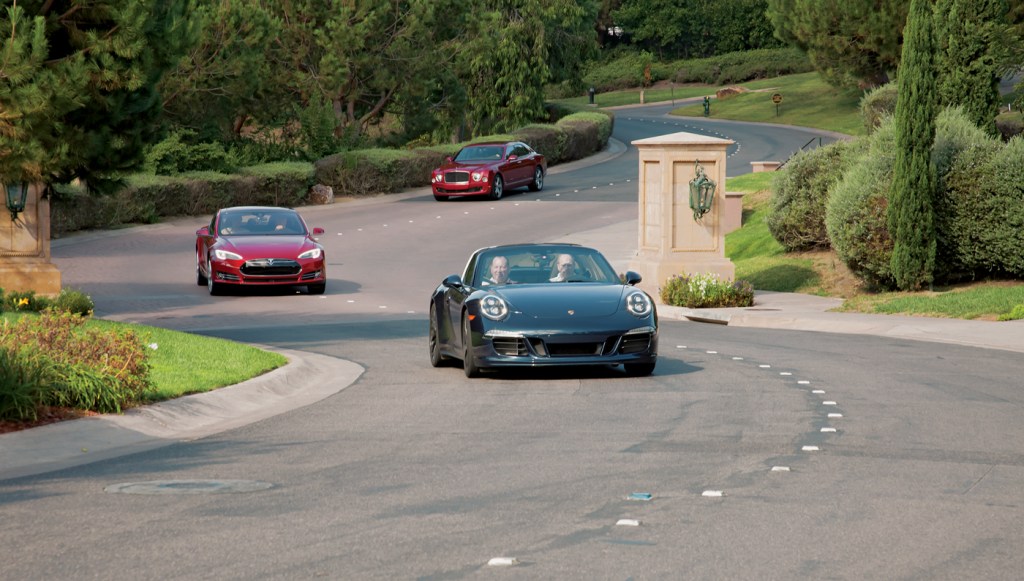 When Robb Report decided on a change of venue for its annual competition to select the sport or luxury vehicle that best represents the state of the automotive art, its eminent panel of commentators found more to critique than just the cars.

Despite his conservative politics, Samuel Johnson—the 18th-century English critic, essayist, poet, and unshakable Tory—exhibited a cautious approval of change, which, he noted, “is not made without inconvenience, even from worse to better.” Of course, the inconvenient shifts of events in Johnson’s own career—recounted in intimate detail in his friend James Boswell’s biography, The Life of Samuel Johnson—tended to place his fortunes on a trajectory opposite to the optimistic one he described. Born to a family of some means, the future author displayed remarkable intelligence from an early age, and onlookers might soundly have expected for him a path free of inordinate struggle. Yet almost from the start, change proved Johnson’s nemesis. He grew sickly as a child, developing scrofula, and a nervous condition (later suspected to be Tourette’s syndrome) caused his body to twitch unpredictably. His remarkable gifts as a scholar held out the promise of a brilliant academic career, but his parents’ financial reversals forced him to withdraw from his studies at Oxford University. These tribulations, however, failed to deter England’s eminent man of letters, who might have summarized his own improbable progress with a phrase he once applied to a recently widowed husband who, though unhappy in his first marriage, hastily took a second wife: “the triumph of hope over experience.”

Experience and hope certainly played their parts in the changes Robb Report introduced to the 2016 Car of the Year event, held this past November at the Fairmont Grand Del Mar Resort in San Diego. For more than a decade, a dedicated group of readers (many of whom donate generously to charities for the privilege) has converged in Napa Valley and participated in a program of rigorous driving to select the new sport or luxury vehicle that receives the magazine’s top automotive honor. Because many of these individuals (see “Steering Committee,” page 106) have returned year after year to test the mettle of the participating marques, we thought perhaps a fresh venue would enliven the competition for our veteran evaluators. The Grand Del Mar, with its sun-warmed facades, unimpeachable weather, and winding roads, seemed an ideal choice.

Indeed, all was well as this year’s first group of judges surveyed the field of 2016 contenders: the Alfa Romeo 4C Spider; Bentley Mulsanne Speed; BMW 750i xDrive; Cadillac CTS-V; Chevrolet Corvette Z06 Convertible; Ferrari 488 GTB; Jaguar F-Type R Convertible; Lamborghini Aventador LP 750-4 Superveloce Roadster; McLaren 650S Spider; Mercedes-AMG GT S; Mercedes-Maybach S600; Porsche 911 Targa 4 GTS; and Tesla Model S P90D. Yet our felicitous calculations—focused as they were on the daunting drive at hand—neglected to account for the zeal of the local constabulary, which, from the outset, visited upon our precisely timed and choreographed contest the unwelcome element of chaos. Even as the Alfa Romeo let loose its first quirky, retro rev and the Bentley cosseted its first passengers in its leather-lined cocoon, the police descended, red and blue lights flashing. Thus began another contest altogether—an exasperating one that resulted in the issuance of an inordinate number of citations. This particular change was decidedly not for the better.

Still, like the good Dr. Johnson—who gave us, among other masterpieces, A Dictionary of the English Language—​our judges persevered. Their efforts, though fettered by law enforcement, yielded invaluable observations and insights, which are summarized in the pages that follow, complete with the opinions and dissents that flew back and forth during our evening debates. The language of these exchanges occasionally veered from that found in Johnson’s eminent lexicon toward that contained in Ambrose Bierce’s The Devil’s Dictionary. But Boswell’s celebrated subject would hardly have objected: “Every man has the right to utter what he thinks truth,” Boswell records his friend as saying, “and every other man has a right to knock him down for it.”