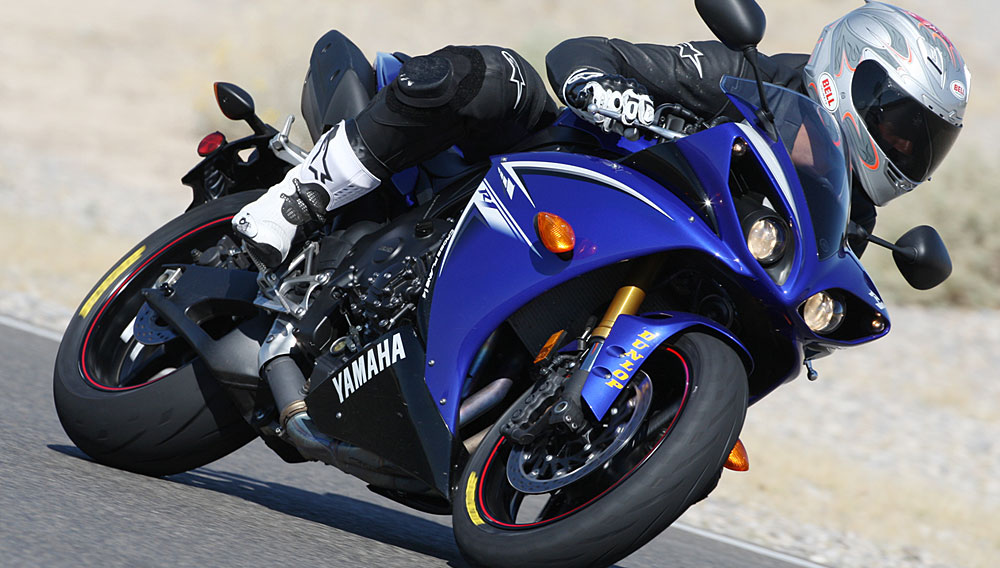 What’s in a firing order? In the case of the 2009 Yamaha R1’s power plant, trickle-down MotoGP technology and a vast transformation of engine character.

The revision to the 2009 Yamaha R1’s mill looks simple on paper: Shift each piston’s position 90 degrees from the next so the engine fires in a 1-2-1 pulse. But the sensation from the saddle is dramatically different. Unlike a typical inline-4’s tendency to snowball energy that spikes at quintuple-digit rpms, Yamaha’s new setup offers a broad power band that initiates right off the line. More akin to a V-4 power plant than a straight-4, the cross plane’s smooth and even-tempered propulsive force allows the bike to exit corners with confidence-inspiring alacrity.

Though its engine is a revelation, some of the 2009 R1’s attributes are less than perfect—namely, its wrist-punishing ergonomics and the crotch-melting heat emanating from the under-seat exhaust. But Yamaha’s upcoming Valentino Rossi-liveried R1 confirms that this super bike’s intentions don’t stray far from the track. The 2009 R1 is $12,390, and the 2010 model is $13,290. (www.yamaha-motor.com)