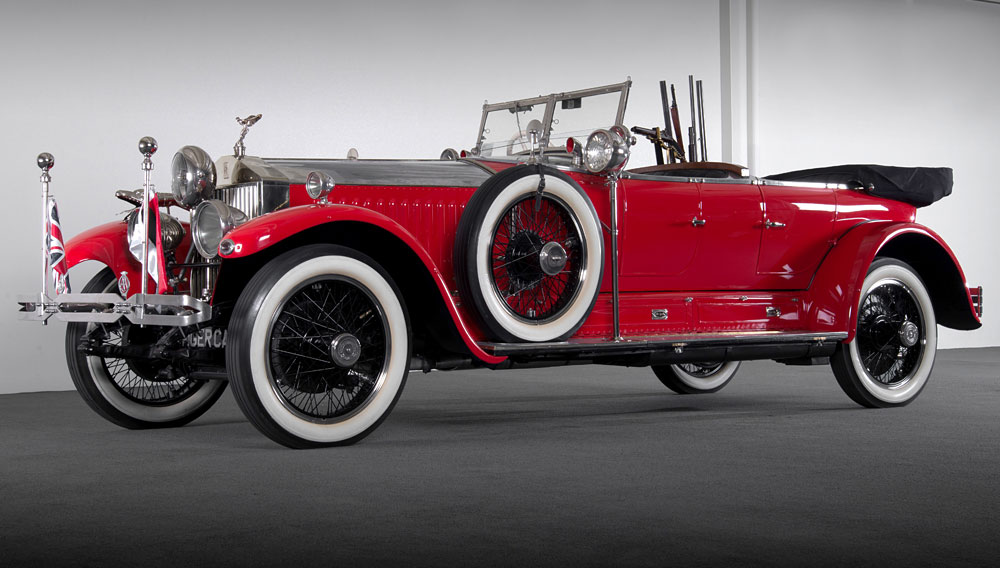 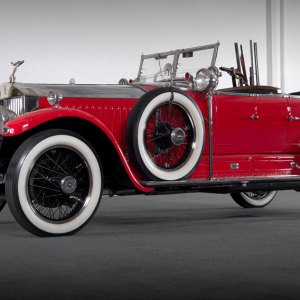 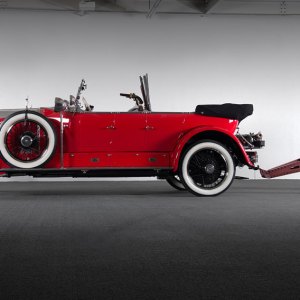 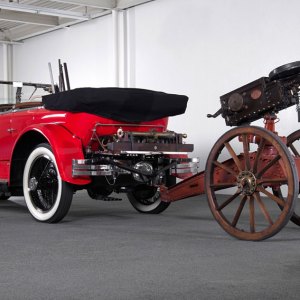 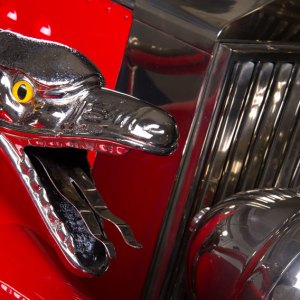 The Rolls Royce Phantom I was built in the 1920s as a replacement for the marque’s original Silver Ghost, but Umed Singh II, the maharaja of Kotah (India), envisioned something different for the sports tourer. An avid big-game hunter, the then 51-year-old maharaja commissioned a spectacular one-off Phantom I in 1925 with hunting-specific amenities. That uniquely equipped automobile will be for sale at Barrett-Jackson’s annual Las Vegas sale at the Mandalay Bay hotel and casino, September 26–28.

The maharaja had the body made by the London-based Barker & Co., the most sought-after Rolls-Royce coachbuilder of the early 20th century, which delivered a gray car fitted with a Torpedo Sports Tourer body and a black crocodile leather interior. Large Stephen Grebel spotlights grace the front and rear, and a rare Bira .455 caliber hand-cranked Bira machine gun is mounted to the carriage. A large-caliber, short-range Howdah pistol is also attached to the carriage, along with a small brass Lantaka mounted to the rear luggage rack. Other features include an ammo box, vertical racks of big-game rifles, copper-screen side curtains for extra protection, a horn that resembles a snake, and a Chubb safe containing contingency money in case the maharaja needed to compensate the family of a fallen hunter.

After 1968, the 1925 Rolls-Royce Torpedo Sports Tourer, which featured the same OHV straight 6-cylinder engine and four-speed manual gearbox as the Phantom I, went through a series of owners—including U.S. Open champion golfer Gene “The Machine” Littler—before being painted red in the late 1980s. In 1992, the newly renovated “tiger car” won second in its class at the renowned Pebble Beach Concours d’Elegance. (480.421.6694, www.barrett-jackson.com)