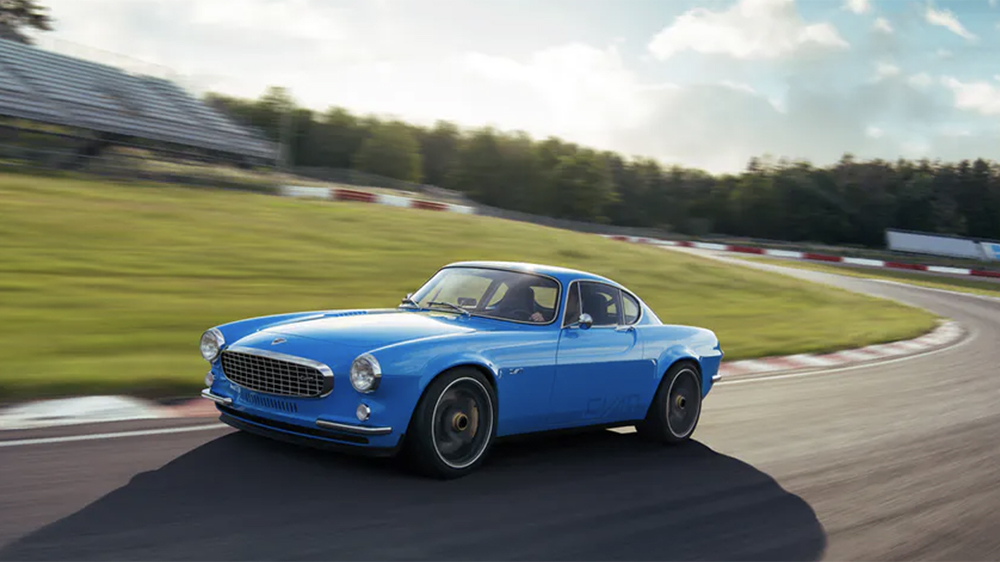 The key to a good restomod is striking the right mix of old and new. The last thing you want to do is mess with a vehicle’s classic design, but the car’s mechanics need to meet the demands of today. A quick glance at Cyan Racing’s restored 1964 Volvo P1800 suggests the outfit has managed to find that delicate balance.

The reigning triple World Touring Car Champion is celebrating its first Volvo touring car by giving one of the Swedish automaker’s ’60s sports cars new life. And the results appear to be just as winning as the team’s performance, as this gorgeous coupe now brings over 400 horses to the road.

While Volvo may be best known in the US for its superlative safety record and reliable family sedans, the company has also turned out some truly eye-catching cars over the years. Chief among these is the P1800, a stylish touring and sports car the brand produced between 1961 and 1972. Cyan didn’t feel the design of its 1964 example was in need of a major overhaul and instead focused on refining what was already there. Body parts were rebuilt out of carbon fiber and steel, the track was widened and it was fitted with bigger wheels, giving it a more modern look and better control. Finally, the car was finished in the team’s trademark blue color.

While the car’s looks were only freshened up, the mechanical side of things required a little more attention. The P1800’s original engine had been swapped out for a 2.0-liter turbo four-cylinder similar to the one that powered its S60 TC1 race car to the 2017 WTCC title. Mated to a five-speed manual transmission, it’s capable of churning out a stunning 414 horsepower and 336 lb-ft of twist, with a redline at 7,700 rpm. While Cyan engineers wanted to maintain the feel of driving a car from the 1960s, it has been equipped with a limited-slip differential and upgraded rear-wheel-drive system.

As nice as Cyan’s P1800 may look, it’s not just for admiring. The racing team has committed to building a limited number for purchase. But be prepared to part with $500,000 if you want to get your hands on this Swinging Sixties speedster. This kind of restomod high-wire act doesn’t come cheap.